How to watch Supergirl Season 6 online from anywhere

Would you like to watch Supergirl season 6 online? We explain where you can live stream Supergirl and watch previous seasons on-demand for free from anywhere in the world.
Ian Garland Streaming, Kodi and VPN Expert 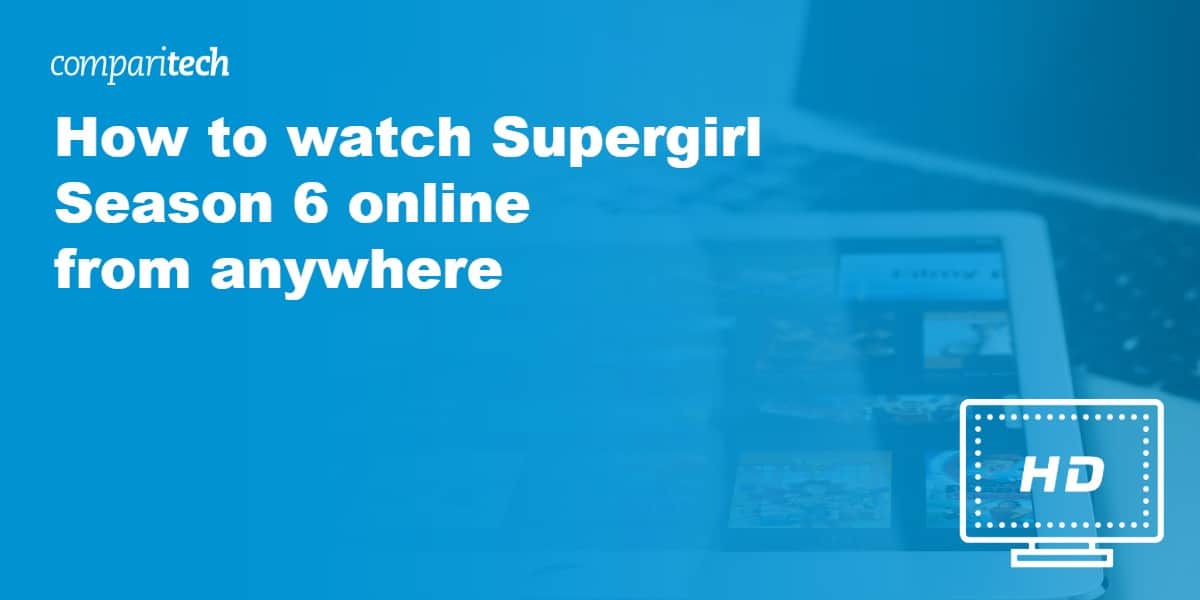 Supergirl season 6 premiered on March 30, 2021 but took a long break halfway through. New episodes will finally resume airing weekly from August 24 at 9 PM EST (6 PM PST). Below, we’ll explain where you can stream every episode of Supergirl season 6 online.

Note that we’ll only be recommending official sources. Popular shows like Supergirl often have unauthorized streams, but these come with significant downsides. For instance, they are often low-quality, lack subtitle support, and are prone to being taken offline part way through. With so many legitimate ways to watch, there’s no need to resort to unlicensed streams.

The services broadcasting this show are all geo-restricted. This means that if you’re traveling abroad, you’ll need a Virtual Private Network (VPN) to access your usual services back home.

How to watch Supergirl abroad with a VPN

VPNs enhance your online security but by changing your IP address, they also allow you to use region-specific services from anywhere in the world. Just follow these steps to watch Supergirl from abroad.

Here’s how to watch Supergirl (season 6) online from anywhere:

To avoid disappointment, we strongly recommend testing your VPN with the steps above before Supergirl actually airs. This gives you plenty of time to contact your VPN’s customer support team should anything go wrong or not work as expected.

NordVPN is offering a fully-featured risk-free 30-day trial if you sign up at this page. You can use the VPN rated #1 for The CW with no restrictions for a month—great if you want to stream new episodes of Supergirl as you travel.

How to stream Supergirl on US TV

Watching Supergirl in the US is nice and simple: The CW will add new episodes to its on-demand library the day after they air on TV. Users don’t have to register or pay anything in order to watch, but as the site is geo-blocked, you will have to be in America or connected to a US server. Also, The CW website doesn’t allow you to watch live.

There is a workaround, however. Hulu with Live TV and YouTube TV offer the ability to stream The CW live. However, these services cost around $64.99 USD per month, so it doesn’t make sense to sign up just for this show. If you’d like to catch up before season 6 begins, you can find every previous season of Supergirl on Netflix US.

The services above are normally only available in the US but with a VPN, you’ll be able to use them worldwide. NordVPN offers a risk-free 30-day money-back guarantee so you can try it for yourself.

Where else can I stream Supergirl online?

Supergirl is a very popular show, so it’s no surprise that it is broadcast in several different countries. Below, we’ll explain how you can watch Supergirl wherever you are in the world.

British viewers will likely be able to watch Supergirl live using the Sky Go app but there’s no release date as yet. Don’t worry, if you don’t have cable TV (or are with a different provider), you can stream all five prior seasons plus new episodes live with a Now TV subscription.

Specifically, you’ll need Now TV’s Entertainment pass. This costs £9.99 per month and provides access to 11 different channels, including Sky One. There’s also a one-week free trial, which is particularly enticing given the number of shows in Now TV’s on-demand library. You’ll not only be able to watch every previous episode of Supergirl, but also The Flash and DC’s Legends of Tomorrow.

Supergirl is airing on Showcase in Canada, from 9 PM EST on August 24. This presents a problem for people looking to watch season 6 online, since you have to login with your cable provider details to use this service. Some shows are free-to-watch on-demand but it’s unlikely that one as popular as this will be.

Just like in the US, Canadian viewers can find seasons 1–5 of Supergirl on Netflix.

Showcase is geo-blocked, but if you’re traveling outside of Canada, you’ll be able to login as normal using a Canadian VPN server.

Binge is the only place to watch Supergirl season 6 in Australia. It’ll be adding new episodes every Wednesday from August 25, and as a bonus, you won’t have to look anywhere else for older seasons, since Binge has all five. This service costs $10 AUD per month and offers a two-week free trial.

To stream Binge from outside of Australia, you’ll need a VPN with Australian servers.

Can I watch Supergirl with a free VPN?

Free VPNs can be an attractive prospect, but in reality, they come with several major disadvantages. For instance, with more users than their limited server networks can support, free VPNs usually can’t offer speeds high enough to stream live video without interruption. In fact, you can expect even on-demand content to buffer for extended periods of time. With monthly data limits, queuing systems, and a tendency to be promptly blacklisted by streaming services, free VPNs just aren’t a good choice for those looking to stream regularly.

For most people, it’s near impossible to tell if they’re actually using a legitimate VPN or not. This is particularly troubling when you consider that there are dozens of malware-installing apps posing as “free VPNs.”. Even if you find one that doesn’t try to infect your system, there’s no guarantee it actually encrypts your traffic at all. To protect yourself online, we recommend using a reputable VPN service with a proven record of standing up for its customers’ privacy.

What can I expect from season 6 of Supergirl?

Given her release from the Phantom Zone, fans can expect to see more of Kara fighting bad guys. However, from the episode descriptions of the remainder of the season it seems like we'll be returning to a mostly episodic structure, which is a little troubling given that this is the final season.

Do I need to have seen Arrow or The Flash to watch Supergirl?

For the most part, you can watch Supergirl without having seen any of the related shows (known collectively as Arrowverse titles). You’ll find that whenever a character from another series appears, Supergirl gives the viewers a general idea of who they are and what they want. That said, if you’re looking for the full story, you might want to consider watching Arrow, The Flash, and DC’s Legends of Tomorrow. These titles are usually available on the same platforms as Supergirl so if you have the time (and patience) to watch them all, there’s really no reason not to.