A new season of Young Royals is upon us. Read on to find out how to stream Young Royals season 2 from anywhere, even if you're traveling away from home on vacation.
Craig McCart 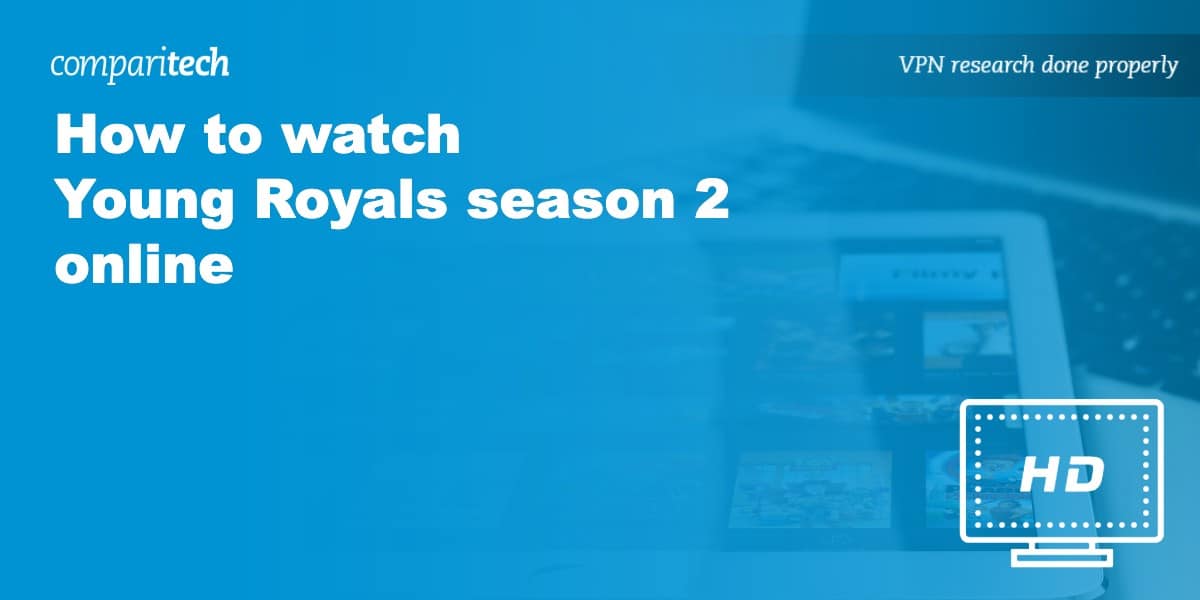 A year after the first season of Young Royals brought a love story of a future monarch and his beloved student to our screens, we’re blessed with season 2 in November 2022. Want to find out how to watch Young Royals 2 from abroad while on vacation? Keep reading.

Young Royals season 2 will only appear on region-locked platforms, so you’ll need to use a VPN to continue watching the show abroad when you travel away from home. Virtual private networks, or VPNs for short, change your IP address to a different country, thereby spoofing your location. You can look like you’re connecting from somewhere else to access geo-restricted services.

We never recommend unlicensed streaming services. These can host extremely poor-quality streams and could even get you into trouble with authorities for copyright infringement. Instead, we’ll provide official methods to watch Young Royals season 2 to enjoy uninterrupted, quality streams.

How to watch Young Royals season 2 with a VPN

Here’s how to watch Young Royals season 2 with a VPN:

ExpressVPN is offering a fully-featured risk-free 30-day trial if you sign up at this page. You can use the VPN rated #1 for Netflix with no restrictions for a month—great if you are going on a short trip.

There are no hidden terms—just contact support within 30 days if you decide NordVPN isn't right for you and you'll get a full refund. Start your ExpressVPN trial here.

How to watch Young Royals online from anywhere

Young Royals season 2 will air exclusively on Netflix from November 1 at midnight PT. This is because the streamer’s HQ is in California, which falls under this time zone. Depending on where you are located will determine what time you can watch the show on release day.

What is the TV show Young Royals about?

The TV show Young Royals is a historical drama that follows the lives of young royals in England during the reign of Queen Elizabeth I. The show features great performances from its cast, including popular actors like Lily Collins, Jodie Comer, and Clara Rugaard. Despite receiving mixed reviews from critics, many fans of period dramas have fallen in love with the show.

Who is in the main cast of young Royals?

The main cast of Young Royals includes Lily Collins as Princess Elizabeth, Jodie Comer as Princess Margaret, and Clara Rugaard as Princess Anne. Other notable cast members include Max Brown, who plays Prince Philip; Julian Ovenden, who plays King George VI; and Emerald Fennell, who plays Queen Mary. Each of these actors gives a standout performance in the show, bringing their characters to life and making them some of the most memorable characters on television today.

What are some of the main themes explored in Young Royals?

One of the main themes explored in Young Royals is the role and responsibilities of young royals in society. Throughout the show, we see how these characters navigate their duties as princesses, including dealing with familial pressure, navigating political intrigue within the court, and balancing their personal ambitions with their family’s needs. In addition to exploring questions of duty and responsibility, the show also touches on themes like romance, betrayal, and ambition. The TV show Young Royals is a great show for fans of the royals who want to see an engaging story about life in a royal court. The show has great performances and explores some interesting themes, making it a must-watch for anyone who loves historical dramas.

How many episodes will Young Royals season 2 be?

Like season one, Young Royal season two will be fairly short at six episodes. All episodes will drop on release day, meaning you can probably binge the entire season in one sitting (if you want to).