Netflix is quite good at blocking users from outside Japan from accessing Japanese exclusive content. You'll need a way to bypass Netflix's geographic restrictions if you want to get your hands on the Japan-only selection. In this post we look at which VPNs are up to the task.
Paul Bischoff TECH WRITER, PRIVACY ADVOCATE AND VPN EXPERT 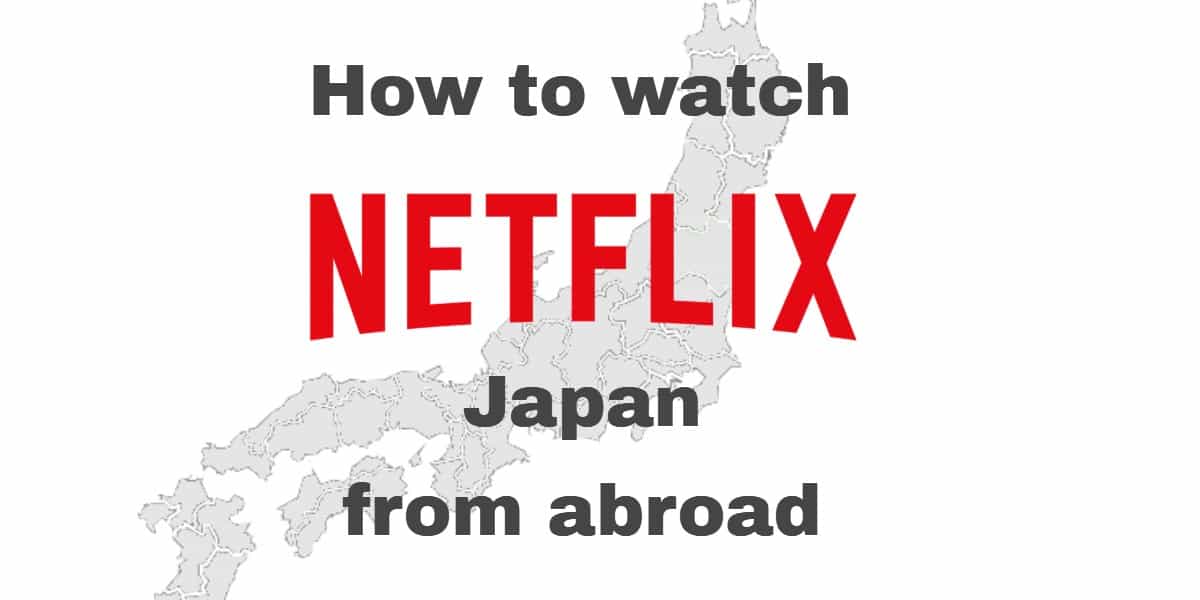 Netflix launched in Japan in 2015, and as of 2019 Netflix Japan’s catalog is now the largest of any country, according to uNoGS. In particular, Netflix users in Japan get access to tons of anime that’s off limits to subscribers in other countries. And anime that eventually reaches the global market often appears on Japanese Netflix first, such as Violet Evergarden.

If you don’t have the time to get into all the details about the top VPNs included in this post, here’s a list and summary of our top picks:

The easiest and most reliable way to get around Netflix’s firewall is with a VPN. Short for Virtual Private Network, a VPN encrypts all of a device’s internet traffic and routes it through an intermediary server in a location of your choosing. By connecting to a VPN server in Japan, you can browse the web as if you lived in the country and access tons of Japan-only websites, apps, services, and content.

Only a small handful of VPN providers have figured out a way to reliably bypass the ban, while the rest remain locked out. We took the trouble to test several providers and find out which VPNs unblock Netflix Japan. Note we only tested the desktop apps with Netflix in a browser, and cannot vouch for whether or not they unblock Netflix apps on smartphones, tablets, and media consoles.

Our list of the best VPNs for Netflix Japan is based on the following criteria:

ExpressVPN has multiple servers in Japan and not all of them will unblock Netflix in the country, but some do. We don’t want to draw undue attention to them here, suffice to say you can find the correct server quickly by either contacting the 24/7 live chat support or experimenting with a bit of trial and error. Speeds are fast and reliable enough to stream in HD. ExpressVPN is a veteran when it comes to unblocking streaming sites, including Netflix US, HBO Go, HBO Now, Hulu, Amazon Prime Video, and BBC iPlayer.

BEST VPN FOR NETFLIX JAPAN:ExpressVPN is our #1 choice. Reliably unblocks Netflix Japan and most other popular streaming services with exceptional speeds for buffer-free HD viewing and total security and privacy. Try it risk-free with the 30-day money back guarantee.

PrivateVPN hasn’t been around as long as its rivals, but it certainly deserves its spot on the list. It’s one of the most capable unblockers for Netflix, bypassing the firewall in nearly every country we’ve tested it in. We easily streamed Psycho-Pass in HD when connected to the Japan server. PrivateVPN also unblocks Hulu, Amazon Prime Video, and BBC iPlayer, among others. It scored well in our speed tests and is as reliable as they come.

We were pleasantly surprised to find out that we could unblock Netflix Japan when connected to VyprVPN’s Japan server. We had no problem watching an episode of Fate/Stay Night in HD. VyprVPN also unblocks US Netflix.

EASY TO USE APPS:VyprVPN is user friendly. Unblocks Japanese Netflix with excellent speed and uptime as all servers are owned by VyprVPN. Good security and privacy credentials. Not the cheapest option. 30-day money-back guarantee.

We’ve heard of a few Japanese proxies that can unblock Netflix Japan, but the free ones are likely too congested or unreliable to stream in anything resembling decent quality. At any rate, you’ll need to be able to read Japanese to register and use them. Free VPN services generally lack the bandwidth to stream video without tons of buffering, and many of them cap data at a hard limit.

The following VPNs do not unblock Netflix Japan, either according to our tests or by their own admission.

If you don’t speak Japanese, finding subtitles or dubbed voices for anime on Netflix Japan can be a bit hit and miss. Subtitles are more common than dubbing, for sure, but many titles have neither. We suggest you take advantage of a VPN’s free trial or money-back guarantee period to unblock Netflix Japan and check to see whether subtitles or dubbing is available for the show you want to watch.