How to watch The Handmaid’s Tale Season 3 online

Looking to stream The Handmaid’s Tale season 3 for free online? In this article, we’ll explain how to stream this show with a Virtual Private Network (VPN).
Ian Garland Streaming, Kodi and VPN Expert 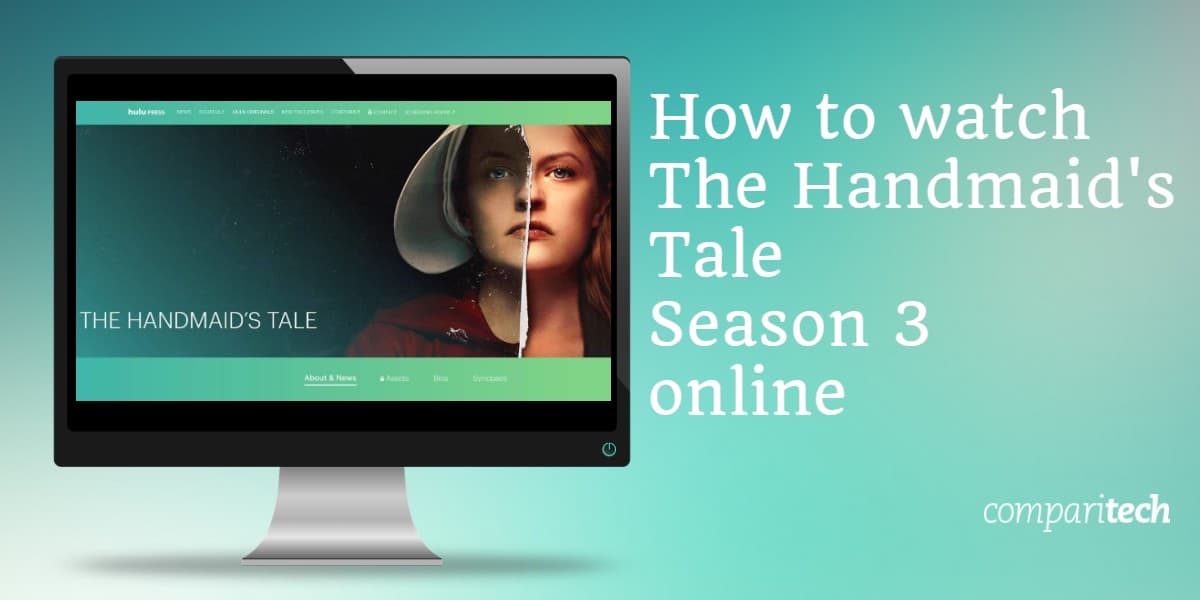 The third season of The Handmaid’s Tale is set to premiere on June 5 in the US. Hulu has confirmed that there will be 13 episodes in total, which means it’ll end at some point in August. Below, we’ll let you know when and where you can stream every episode, wherever you are in the world.

This post will only recommend official sources. Popular shows like The Handmaid’s Tale are often available on unlicensed streaming sites, but we strongly advise against using these. To begin with, their streams are often laggy, with low-resolution video. Further, they’re prone to being taken down by copyright holders partway through, so there’s no guarantee you’ll get to see the end of any given episode. As you can stream this season for free anyway, there’s really no benefit to using unreliable third-party streams.

You’ll need a VPN to watch The Handmaid’s Tale for free unless you’re in Australia or the UK.

With the right VPN, bypassing regional restrictions and accessing geo-blocked services abroad is easy. Just follow the steps below:

In some countries, The Handmaid’s Tale will be broadcast on live TV. For this reason, it’s important to test your VPN (using the steps above) well in advance of the premiere. This approach guarantees that you’ll have enough time to contact your VPN’s customer support team if anything goes wrong, and that you won’t have to miss the start of any new episodes.

SBS has exclusive live broadcasting rights to The Handmaid’s Tale season 3 in Australia. This network will show new episodes a few hours after they air in the US, at 8:30PM AEST (6:30PM AWST).

While SBS doesn’t allow you to watch directly on its website, you can stream the channel live on Freeview Australia. You will be able to watch episodes shortly after they’ve finished via SBS On Demand, although you’ll have to create a free account first. This is very simple, and just requires you to verify your email address. It’s important to note that new episodes will only be available for a limited time (between 7 and 30 days, depending on the show).

SBS On Demand currently offers the second season free of charge. Season one is available on Stan, a streaming service which costs $10 AUD per month. Stan includes a 30-day free trial, however, meaning you can watch every episode and cancel before being charged.

SBS and Freeview Australia are both geo-restricted. As such, you’ll have to either be in Australia or using an Australian VPN server to watch. We recommend ExpressVPN: it’s a fast, secure service which includes a 30-day money-back guarantee. If you’re not satisfied, you can simply cancel to receive a full refund.

Where else can I stream The Handmaid’s Tale season 3?

The new season will be broadcast in several regions worldwide. Below, we’ll explain which broadcasters are showing season 3 of The Handmaid’s Tale in your country.

Hulu actually produces The Handmaid’s Tale, so it should come as no surprise that it’s the series’ exclusive broadcaster in the US. You can sign up for a seven-day free trial, but as a new episode is released every Wednesday, you won’t be able to watch the whole season this way. The base Hulu subscription (Hulu with Live TV is not required) only costs $5.99 USD per month and grants you access to not just The Handmaid’s Tale, but hundreds of other shows as well.

Not quite caught up? Hulu also has every episode from the last two seasons. This service is only available in the US, meaning you’ll need a VPN to access it abroad.

In the UK, season 3 will be broadcast live on Channel 4, meaning you can watch online via All 4 or TVPlayer.com. These services are completely free to use, but both require users to create an account before streaming anything. During the registration process, you’ll be asked to enter your postal code; this is for statistical purposes only and isn’t used to verify your location. In fact, you can enter any UK postal code and still be allowed to sign up.

Channel 4 has not yet announced when it’ll be showing The Handmaid’s Tale season 3. Previous seasons have aired in the UK a few weeks after their US premiere, so it’s likely British fans will be able to watch it at the beginning of July. If you usually live somewhere else and are only in the UK temporarily, you can still access services from your home country with a VPN.

Seasons one and two are available on Now TV. This service costs £7.99 per month and includes a seven-day trial, meaning if you’re quick, it’s possible to watch every episode without being charged. You can also purchase each season on Amazon Prime Video, but as you can watch it for free elsewhere, there’s really no reason to.

Channel 4, TVPlayer, and Amazon Prime Video’s UK catalog are only available in the UK. You can access these services abroad using a British VPN server.

Canadian fans can stream the new season of The Handmaid’s Tale live and free of charge on Bravo. Episodes will be shown weekly, starting on June 9, although you will need an existing cable subscription in order to watch.

If you’d like to watch earlier episodes, you’ll find both prior seasons on Crave. This service usually costs $9.99 CAD per month, but it comes with a one-month trial. As such, you should be able to stream seasons one and two of The Handmaid’s Tale completely free. Afterwards, just remember to cancel so your payment method isn’t charged.

Both of the services above are geo-blocked, so you’ll have to connect to one of your VPN’s Canadian servers to access them from other countries.

The Handmaid’s Tale is a hugely popular show with a massive international following. As a result, it’s highly likely to air in numerous regions worldwide. We’ve covered every confirmed international broadcaster of season 3 above, but as the premiere draws closer, we can expect more to be announced.

If you’re unsure of where to watch, we recommend checking your country’s largest broadcasters’ websites. When a network secures a high-profile show like this, it’s often advertised on the main page. Still can’t find a local broadcaster? It’s possible that, like the UK, your country has a slightly different premiere date, or that no date has been confirmed yet. If you’re travelling and looking to stay up to date, remember that you can access other countries’ streaming sites from anywhere using a VPN.

What can we expect from season 3 of The Handmaid’s Tale?

Last season of The Handmaid’s Tale ended with a major twist. Below, we’ll discuss the implications of this and what to expect from the upcoming season. Warning: spoilers follow.

Season two was bleak, even by this show’s standards. However, there was a glimmer of hope towards the end, with the Marthas grouping together to help June and Emily escape. Given the chance, June refused, but allowed her child to leave. It’s likely season three will explore June’s attempts to recover Hannah and cross into Canada, but there’s guaranteed to be trouble ahead since the season 3 teaser shown at the Super Bowl showed Serena’s house burning.

Then there’s the question of how the establishment will change. The show’s creator, Bruce Miller recently revealed that Aunt Lydia survived her ordeal in the season two finale, but her handmaid’s rebellion, coupled with the recent attack on commanders, could lead to a more violent and oppressive set of circumstances for June (if that’s even possible).

For the most part, the main cast will remain unchanged in season 3. That said, there are a couple of new characters: Commander Winslow and his wife (played by Christopher Meloni and Elizabeth Reaser). Further, while Bradley Whitford (Commander Lawrence) had a very minor role last season, he’s set to become a series regular going forward.