How to watch Elementary Season 7 online (outside the US)

Season 7 of Elementary will air on CBS, but this service is only available in the US. In this post, we’ll explain how to watch Elementary season 7 for free, from anywhere in the world.
Ian Garland Streaming, Kodi and VPN Expert 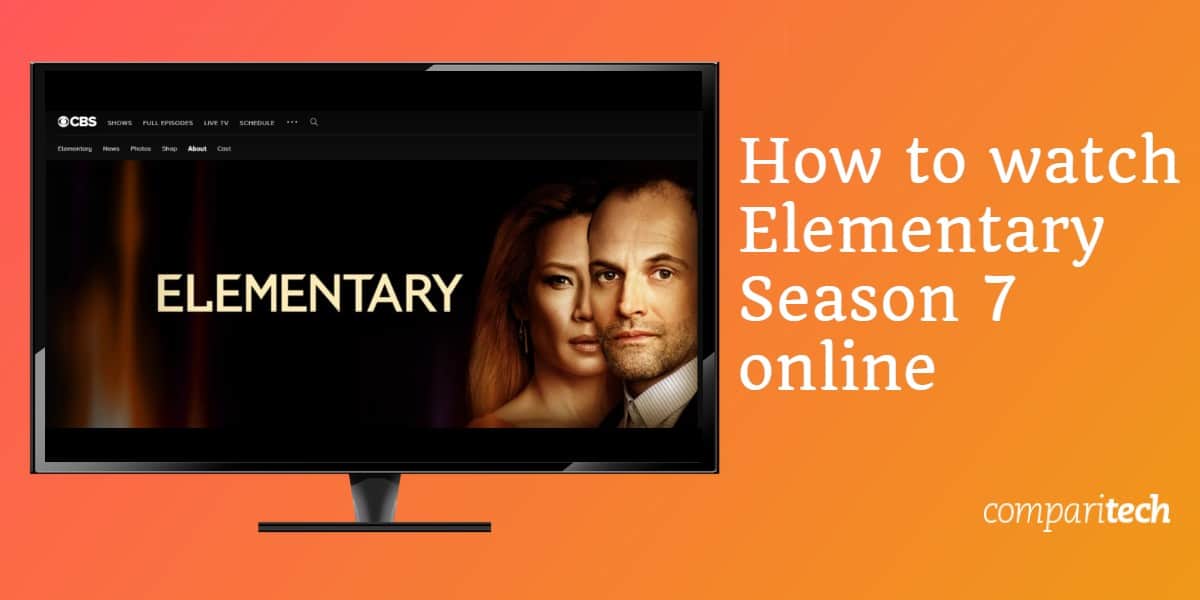 Elementary’s seventh season is set to premiere May 23 at 7PM PST (10PM EST). However, due to CBS’s strong geo-restriction measures and a lack of international broadcasters, fans have previously found it difficult to watch Elementary online from outside of the US. Luckily, we’ve found a workaround. Read on to find out how to stream Elementary season 7 live from countries like Canada, the UK, and Australia.

You should note that we’ll only be recommending official sources. Shady streaming sites thrive upon popular shows that are only released in a few countries, but we advise against using them. The video quality is often very poor, and there’s no guarantee that every episode will be available. Further, unlicensed streams are frequently taken down for copyright violation. We’ll let you know how to live stream Elementary season 7 for free anyway, so there’s no need to resort to unreliable, unauthorized sources.

Many of the services showing Elementary are region-locked. To access them from abroad, you’ll have to use a Virtual Private Network (VPN).

How to watch Elementary from anywhere with a VPN

VPNs can be a little intimidating but they’re actually quite easy to use. Follow the steps below to unblock geo-restricted streaming services and watch Elementary from anywhere:

Elementary season 7 will be broadcast live. For this reason, it’s important to make sure your VPN works well in advance. This approach ensures that if anything doesn’t work as expected, you’ll still have time to get help from your VPN’s customer support team and might not have to miss the start of the premiere.

How to stream Elementary season 7 for free on US TV

You can actually watch CBS live online at no added cost if you have cable TV or a fuboTV, Hulu, PlayStation Vue, or YouTube TV account. If you don’t have any of these, don’t worry; you can sign up for CBS All Access instead. This service costs $5.99 USD per month but there’s also an ad-free plan available for $9.99 per month.

Here’s the problem: while all of the over-the-top services above come with a free trial (usually one week), Elementary season 7 will have 13 episodes, which means that sooner or later, you’ll have to pay to continue watching.

All of the services above are geo-blocked. As such, you’ll need a VPN to use them if you’re outside of the US. Still need a VPN? ExpressVPN offers a risk-free 30-day money-back guarantee. If you’re unsatisfied in anyway, just cancel to claim a full refund, no questions asked.

Can I watch seasons 1–6 of Elementary online?

Currently, American viewers (or those connected to a US VPN server) can watch Elementary seasons 1–6 on Hulu. Both of these services offer a one-week trial, but with 141 episodes in total, you’ll be hard pressed to finish all of them in time. If you’re only a season or two behind, though, you should be fine.

Unfortunately, CBS is keeping this series close to its chest and as such, there are very few international broadcasters. Australian fans can watch seasons 1–5 on Stan. This service comes with a 30-day free trial, and costs $10 AUD per month thereafter.

Previous seasons used to be available on Netflix France, Denmark, and Spain but this is no longer the case. In fact, in many countries, the only way to stream Elementary online is to purchase it, season-by-season on iTunes, Amazon Prime Video, or the Microsoft Store.

What do we know about season 7 of Elementary?

Although the show was originally intended to finish with its sixth season, CBS decided to renew it one last time. Of course, this means the writers had to find a way to progress the story without disrupting any of the plot threads which were neatly tied up at the end of season six.

This is why season 7 won’t follow on directly from season 6. Instead, we’ll be jumping a year into the future. Plot details are still few and far between but we do know that while Sherlock and Watson ended up at Baker Street at the end of the last season, they’ll be returning to New York to face off against a tech billionaire named Odin Reichenbach. Fans of the books will know the significance of this name, and its implications for the main cast, but to avoid any spoilers, we’ll just say that it’s sure to be a very exciting final season.