Interested in streaming TV’s latest fantasy epic, The Wheel of Time online? We’ll tell you everything you need to know including when it’ll air and how to watch The Wheel of Time abroad.
Ian Garland Streaming, Kodi and VPN Expert 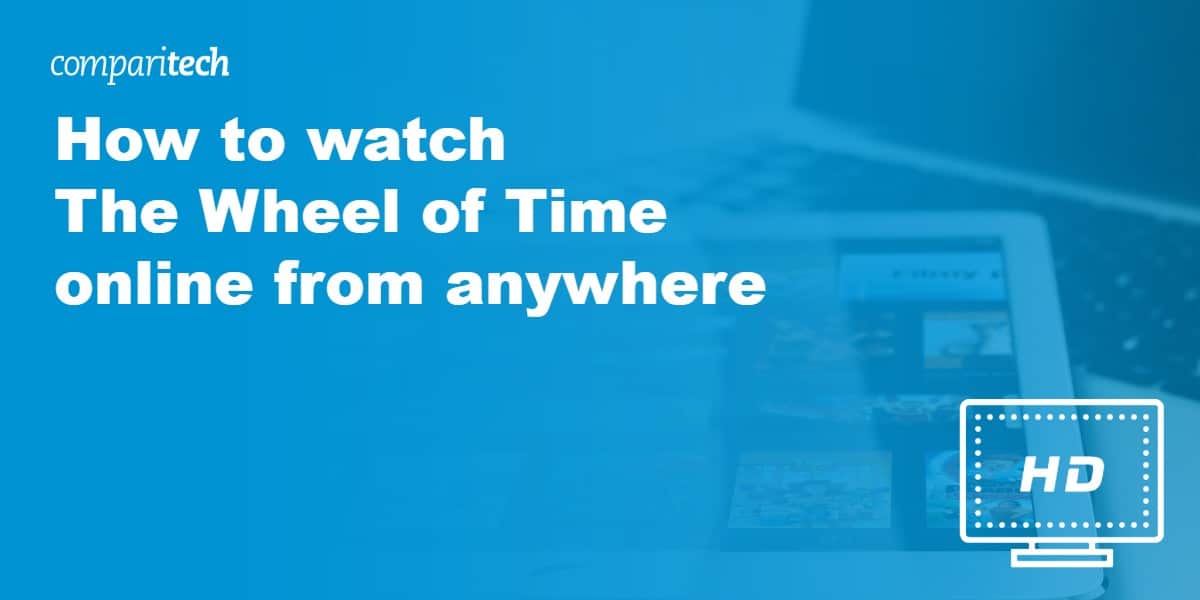 The first season of The Wheel of Time will officially premiere on November 19. There’s some good news for fans who’ve been waiting patiently for this adaptation too; the first three episodes will drop all at once, with the remaining five arriving weekly. This means that the entire series will be done by Christmas, but don’t worry: we’ll talk a little about season 2 later on. For now, take a look below to find out how to watch The Wheel of Time online from anywhere.

Before we begin, we should emphasize that we don’t recommend watching TV via unofficial sources. These are usually illegal and, as if that wasn’t enough, they almost always have very poor video quality. Besides, you can actually watch The Wheel of Time for free, so there’s not really any benefit to using third-party streams.

The Wheel of Time will only be available on one region-locked streaming service. If you’re traveling abroad and want to access your services back home, you’ll need a Virtual Private Network (VPN).

How to stream The Wheel of Time (TV Series) online abroad

VPNs are tools that encrypt your internet traffic and route it through a server elsewhere in the world. This keeps your activities hidden from snoopers and can help you regain access to your usual services while traveling.

Here’s how to watch The Wheel of Time from anywhere:

NordVPN offers a fully-featured risk-free 30-day trial if you sign up at this page. You can use the VPN rated #1 for Amazon Prime Video with no restrictions for a full month. This is perfect for travelers looking to keep streaming their favorite shows while on a short trip abroad.

How to watch The Wheel of Time for free online

This show is an Amazon Original, so naturally, it’s exclusive to Amazon Prime Video. The other good thing about this is that it means The Wheel of Time will be available on the same date (November 19) in over 240 countries worldwide.

Prices vary by location, with American subscribers paying $12.99 (GBP £9.69) per month while those in India can sign up for just ₹179 monthly ($2.40/GBP £1.79). Still, this service comes with a 30-day free trial in most countries. In other words, if you can wait until November 24 before signing up, you’ll be able to stream the entire first season of The Wheel of Time for free. Just remember to cancel your account afterwards so you aren’t charged.

There currently aren’t any details on how users in countries without Amazon Prime Video (such as China) will be able to watch just yet. Still, if you’re traveling in one of these regions, you can use a VPN to access your regular content library. NordVPN even offers a 30-day money-back guarantee, allowing you to try it risk-free. Unsatisfied? Simply cancel for a full refund.

What can we expect from The Wheel of Time season one?

First off, it’s important to set our expectations: The Wheel of Time is not Game of Thrones. The books were originally aimed at a younger audience, so it’s actually more akin to Lord of the Rings or the Mortal Instruments series. There’s still plenty of action, magic, and intrigue, but more adult moments tend to remain implied or happen offscreen.

Much like Dune, The Wheel of Time is largely about history repeating itself. However, its story plays out on a smaller scale, with the first book mostly spent following a small group of travelers as they flee from monsters seemingly hellbent on catching them. We know that the first season will cover (some) events from the first three books, and with a second on the way, we could be making our way through the 14-book series faster than you might expect.

Who is starring in The Wheel of Time?

Amazon’s The Wheel of Time adaptation has a few recognizable faces in its cast. Here’s a quick rundown of who’s playing who: