How to watch The X Factor: The Band online free

Excited to watch The X Factor: The Band? We’ll explain everything you need to know about the new season including how you can live stream The X Factor online from abroad with a Virtual Private Network (VPN).
Ian Garland Streaming, Kodi and VPN Expert 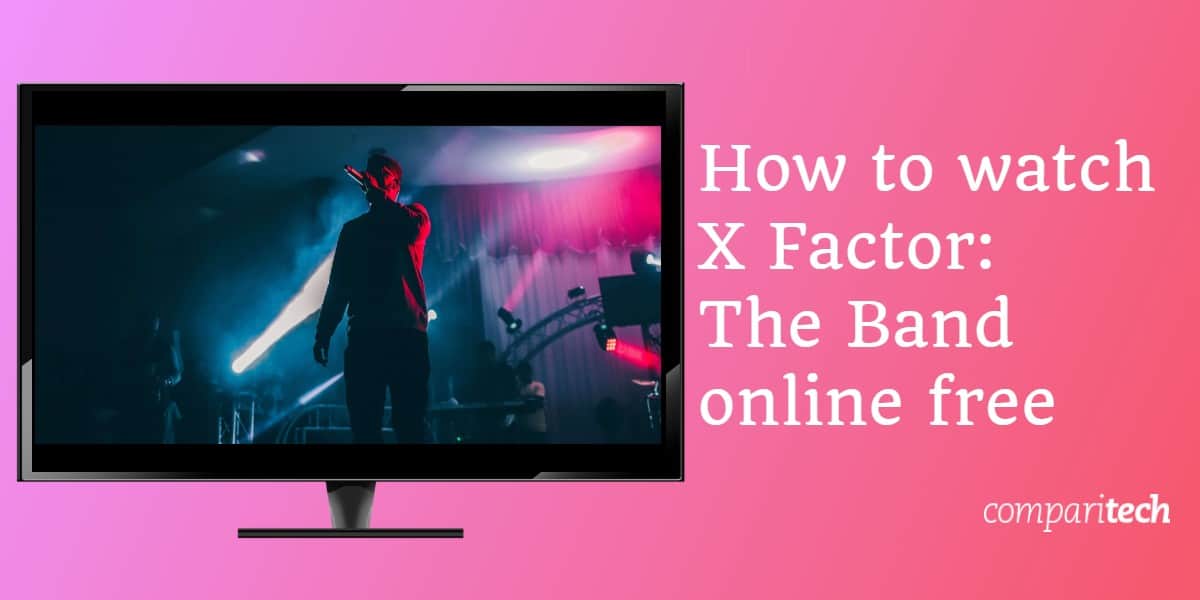 X Factor promises to be a little different this year, with two spinoffs instead of one regular series. The celebrity version has just ended, though, which means it’s time for X Factor: The Band, a show in which Simon Cowell tries to find the next One Direction or Little Mix. The first episode will premiere at 8:30 PM GMT on December 9, with new episodes on December 11, 13, and 15. Read on to find out how to live stream The X Factor: The Band from anywhere.

You should note that we’ll only be recommending official sources for The X Factor. Due to this show’s popularity, unlicensed streams are almost inevitable, but we don’t recommend using them. The video tends to be very poor quality, and third-party streams are prone to lagging. Further, unauthorized streams can be taken offline without warning for copyright violation. You can watch X Factor: The Band for free online anyway, meaning there’s no reason to use unreliable, third-party streams.

The X Factor: The Band will only air on geo-restricted streaming services. As such, you’ll need a VPN to watch from abroad.

How to watch The X Factor: The Band online from anywhere

Most major streaming services check the user’s IP address to restrict access to those in a particular country. However, when you connect to a VPN, you’re given a new, region-specific IP address. This tricks region-locked platforms into thinking you’re located somewhere different, allowing you to watch from anywhere. Sound confusing? Don’t worry, just follow the steps below.

Here’s how to watch The X Factor: The Band online (from anywhere) for free:

As The X Factor: The Band will air live, it’s worth taking a few minutes to make sure your VPN works ahead of the premiere. This way, you’ll have more than enough time to get help from your VPN’s customer support team and won’t have to miss the beginning of an episode due to unexpected technical problems.

How to watch The X Factor: The Band  for free on UK TV

As usual, The X Factor will be broadcast on ITV1. This means you can watch it free of charge online through ITV Hub. There’s no need to worry if you miss an episode since it’ll be available on-demand for at least a week afterward.

You should note that British law requires you to have a TV license if you watch anything online at the same time that it’s shown on traditional TV. However, ITV Hub operates on an honor system and doesn’t actually verify whether you have a license or not. A license isn’t required if you only intend to watch The X Factor: The Band on-demand.

ITV Hub is region-locked and only available in the UK. You can access it from abroad by connecting to one of your VPN’s British servers. Don’t have a VPN yet? ExpressVPN comes with a risk-free 30-day money-back guarantee so you can try it and simply claim a full refund if unsatisfied.

Can I watch The X Factor: The Band in other countries?

At the moment, there are no confirmed international broadcasters for The X Factor: The Band. However, AXS and Family are showing The X Factor: Celebrity in the US and Canada, respectively, so it’s possible they’ll air The Band at a later date. We’ll update this post as more information becomes available.

What can fans expect from the new season of The X Factor?

The biggest change this season is the format. Although groups can enter in the regular version of The X Factor, individual performers can (and often do) win in the end. However, this year, it’s all about the bands. Individuals can still enter, but they’ll be paired up with other people to form a group (assuming they make it into the contest).

Contestants aside, it’s more or less business as usual. Simon Cowell and Nicole Scherzinger will return as judges, although Louis Walsh will be replaced by a rotating cast of celebrities. Leona Lewis has been confirmed as a guest judge for the first episode at least.