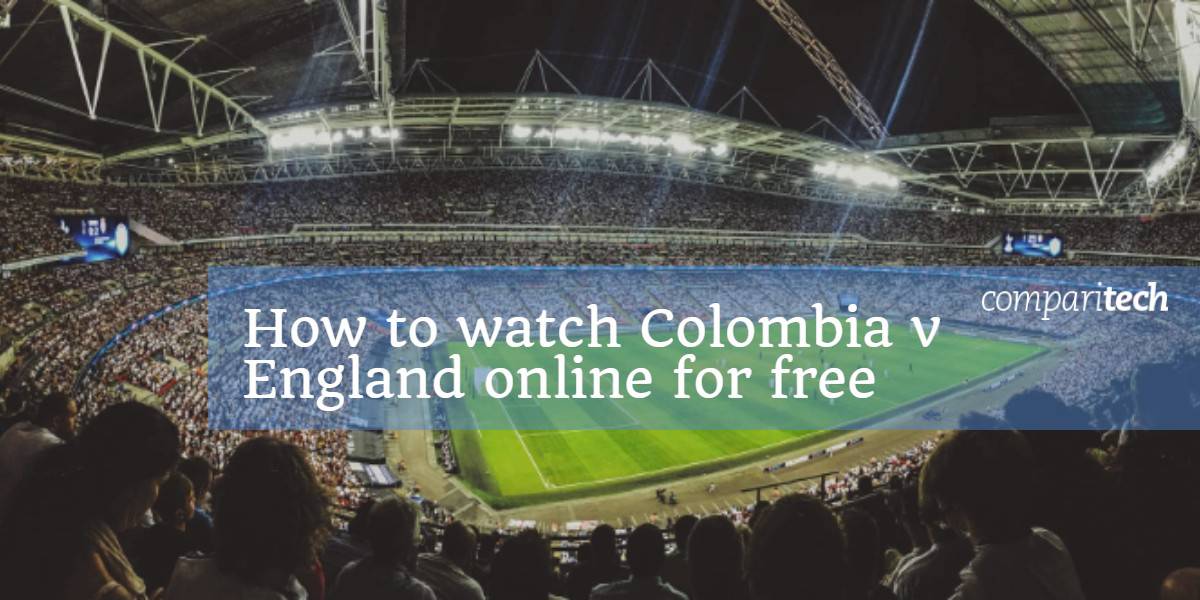 Would you like to live stream Colombia vs. England online? In this post, we’ll explain how you can watch this match, and every other Round of 16 games, live and free of charge. By using a Virtual Private Network (VPN), you’ll be able to unblock and access World Cup streams from the UK, US, France, Germany, Spain, or really, any other country in the world.

Colombia and England will face off at the Otkrytie Arena in Moscow on July 3, at 7PM BST (11AM PST/ 2PM EST). Both teams won two of their Group stage games, although England has a slight goal difference advantage. Still, at this point, it only takes one mistake to end a country’s  World Cup dreams so you can be sure both squads will give it their all.

Good news for soccer fans: the 2018 World Cup will be shown in over a hundred countries. Better yet, many of these locations have at least one free-to-watch broadcaster. Below, we’ll explain how you can live stream every minute of the action and ensure you never miss a single World Cup knockout round fixture.

One of the advantages of having a global tournament is that the resulting coverage will be shown in several different languages. That said, English speakers still have the most choice. Below, you’ll find a quick guide to the official 2018 World Cup broadcasters in some of the major English-speaking countries.

Usually, if a broadcaster is showing World Cup games for free, they aren’t licensed to show the entire tournament. If your country doesn’t have comprehensive free coverage, you might want to subscribe to a premium service. These sometimes offer incentives like 4K streams, additional sports channels, or trial periods, making them an attractive choice for die-hard sports fans.

The best VPN for the FIFA World Cup: ExpressVPN

If you want to stay safe online while streaming the FIFA World Cup, you should use a VPN. We recommend ExpressVPN; it’s fast enough to stream high-definition video with no lag, includes a host of strong security features, and best of all, there are very few platforms it can’t unblock. In fact, it’s one of the few services that can bypass the BBC iPlayer’s strict region-locking measures.

Registration is straightforward and only takes a minute. Just decide how long you’d like to subscribe for (one, six, or twelve months) and complete the payment process. This service comes with a 30-day money back guarantee, meaning you can try it out by watching the rest of the World Cup. If, after 30 days, you choose not to keep ExpressVPN, you can claim a full refund.

3 MONTHS FREE: ExpressVPN is giving away three extra months of protection when you choose its annual plan. Thanks to the money-back guarantee, there’s no risk.

Watching the World Cup in the US

US residents have the choice to watch the World Cup in either English or Spanish using Fox Sports or Telemundo Deportes, respectively. You’ll be able to stream any match on either service, but bear in mind that you’ll have to sign in with your cable provider’s details to watch anything other than highlights.

You’ll need a cable package that includes Telemundo Deportes and NBC Universo to use Telemundo’s online player. Fox Sports is less restrictive, though, and allows users to watch if they subscribe to any of the following streaming services:

If you already have a Fox Sports or Telemundo subscription, you can use a VPN to watch from other countries. However, as these services check to see if your payment method is registered in the US, it’s almost impossible for non-US residents to sign up.

You can even watch the World Cup on Kodi using the Fox Sports or NBC Sports Live Extra addons. We recommend avoiding third-party addons as these rarely use licensed sources and often have low-quality, inconsistent streams. As the World Cup can be viewed on so many legitimate platforms, there’s no reason to resort to unlicensed sources anyway.

See also: How to watch the World Cup without cable

There are three Canadian networks broadcasting the FIFA World Cup: CTV, RDS, and TSN. All of these networks will show every single fixture, but they also ask users to sign in with valid cable provider credentials beforehand. Each service has its own mobile app (CTV Go, RDS GO, and TSN Go) so you can watch games live even if you’re away from home.

If you don’t have cable TV, you can sign up to TSN or RDS individually for $24.99 (CAD) per month. If you’re a huge soccer fan, this is the easiest way to watch each game live, but if you don’t plan on keeping the service after the World Cup ends, you might want to find a free source or premium service with a two-week trial instead.

CTV and TSN will both have English-language coverage, while RDS will be in French.

It’s a good time to be an Australian soccer fan. Until last week, Optus Sport had exclusive rights to show each 2018 World Cup fixture in Australia. However, after technical issues left subscribers unable to watch, Optus relented and has allowed SBS to show all future World Cup games.

These fixtures can be watched for free, without registration on The World Game. This site also includes full replays of all prior matches, so it’s perfect for people looking to catch up. You will need an Australian IP address, though, so be sure to connect to one of your VPN’s Australian servers.

How to watch Columbia vs. England from a competing country 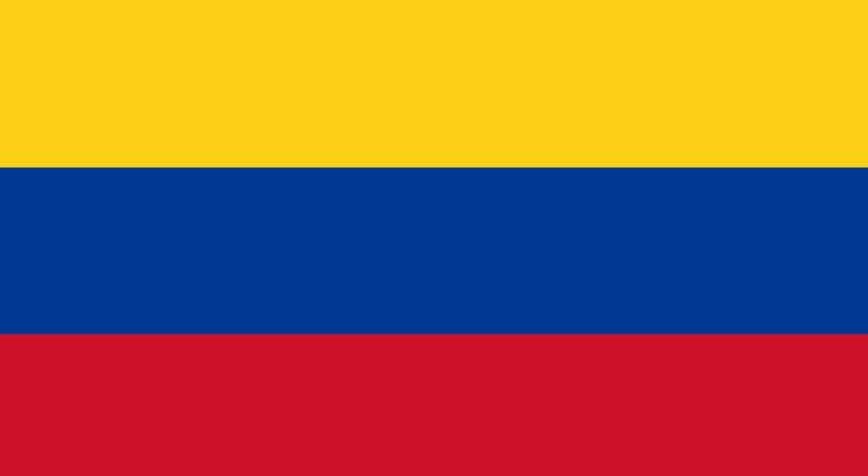 Columbian viewers can catch this game, and all future matches, on Caracol TV. For most people, this will the best option, since it’s free-to-watch. You can also catch selected fixtures on RCN, but this service’s TV schedule only updates once a week. As a result, it’s unclear whether RCN will be airing the Colombia vs. England game. Finally, you could subscribe to DirecTV, but it provides very similar coverage to Caracol TV while costing money.

Outside of Columbia? No problem, there are Spanish World Cup broadcasts in several countries.

Costa Rica: While Teletica is showing the entire World Cup, its coverage won’t be streamed online. There are two alternatives: Sky Měxico, which is showing every match, and MoviStar, which is allowing its subscribers to watch 32 games at no added cost.

Mexico: Both Televisa and Sky Sports México are showing the entirety of the 2018 World Cup. Televisa is free-to-watch, so it’s the better option for most people. That said, Sky Sports covers more than just soccer, so it might be appealing to sports fans with broader interests.

Peru: Latina is the only free World Cup broadcaster in Peru. Unfortunately, they’re only streaming matches sporadically and there’s no online TV schedule available. This means that DirecTV is the sole provider of comprehensive coverage. However, this is a subscription service and costs S. 139 a month.

UK soccer fans can watch Colombia vs. England absolutely free on the ITV Hub. Note that this service will redirect Scottish viewers to the STV Player instead; this is an almost identical website, but you’ll need an STV account instead of an ITV one.

As ITV and the BBC are sharing World Cup broadcasting rights in the UK, whenever a game isn’t available on the ITV Hub, it’ll be on the BBC iPlayer. You could also use TVPlayer.com, since this site hosts live streams for ITV and BBC1.

UK legislation requires you to have a valid TV License to stream content as it’s shown on TV. The iPlayer may ask you to confirm you have one, but there are no further checks, and the ITV doesn’t even ask.

Because the FIFA World Cup is being shown all over the world, it’s easy to find coverage in your native language. We’ve included a brief list of free-to-watch, foreign language sources below, but if your language isn’t mentioned, you can check out the official broadcaster list to find a suitable source in your country.

It’s a good idea to test out your VPN before the game begins. Try connecting to a server in a different country and watching live video. If it lags or buffers endlessly, this ensures you’ll have plenty of time to contact customer support. Occasionally, you’ll have to connect to a specific server to bypass very strict geo-blocking, and this test could prevent disappointment at kickoff time.