How to watch the London Marathon live online from anywhere 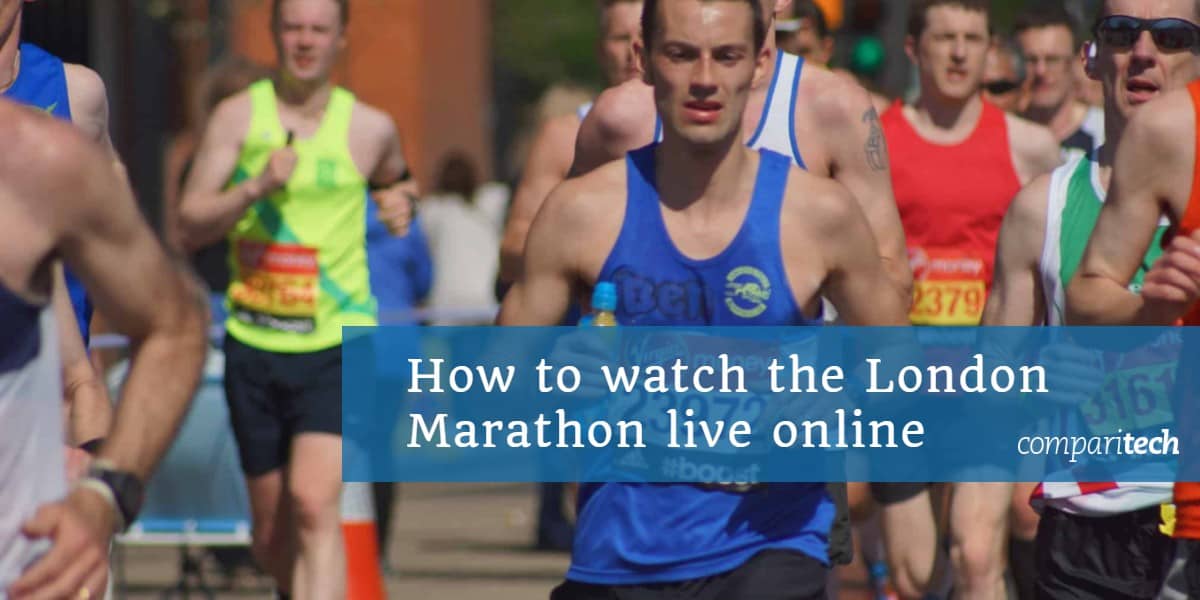 This year’s London Marathon will begin at 8:55 AM BST (12:55 AM PST / 3:55 AM EST) on Sunday April 28th. At 26 miles and 385 yards (42.195 km), this isn’t a race for the faint of heart; in fact, the average finishing time currently sits at four hours and 22 minutes. Accordingly, several networks have chosen to provide all-day coverage, and below, we’ll explain how to stream the entire London Marathon from start to finish for free online.

Note that we’ll only be recommending official sources. The London Marathon is a hugely popular event which means unauthorized streams will likely be available. However, we’d advise against using these: the video is often laggy and low-resolution, making it difficult to tell which racer is in the lead. Further, unlicensed streams are liable to be taken down by the copyright holder at any moment, so you might not see the end of the race. As you can stream the London Marathon for free, there’s no need to resort to shady, third-party streams.

Unless you’re in the UK, you’ll need a VPN to watch the 2019 London Marathon for free.

How to watch the 2019 London Marathon free online

VPNs make it easy to access region-locked streaming services from abroad. Follow the steps below to unblock and stream the London Marathon from anywhere:

The 2019 London Marathon will be broadcast live. As such, we strongly recommend testing your VPN with the steps above before the race begins. This way, if anything doesn’t work as expected, you’ll still have time to get help from your VPN’s customer service team and might not have to miss the start of the race.

How to watch the London Marathon for free on UK TV

The BBC has exclusive broadcasting rights to the London Marathon in the UK. However, while it will have periodic coverage of the event on BBC One and BBC Two, the full race can only be streamed on BBC Sport. There’s one caveat: after 2:30 PM BST, this coverage will only be available via BBC Red Button, a sports channel not available on BBC iPlayer. There’s no need to panic, though: TVPlayer offers a free Red Button stream meaning you can just change sites and watch live footage from the finish line. Busy on the 28th? The full race and highlights will be added to BBC iPlayer shortly after the event ends.

BBC Sport and TVPlayer are both completely free to use, but you will have to create an account first. You’ll be asked which country you’re in during the registration process, but this is only used to send you relevant ads and not to determine your location. Once you’ve signed up and verified your email address, you’re free to log in and start streaming.

British law requires you to have a TV license if you watch anything on BBC iPlayer or if you’re streaming content as it’s shown on TV. Despite this, none of the services above actually check that you have a license. BBC iPlayer occasionally lets the user know of this requirement, but for the most part, these platforms rely on an honor system.

TVPlayer, BBC Sport, and BBC iPlayer are region-locked and only available in the UK. You can still access them from abroad by connecting to a British VPN server. Still looking for a VPN? ExpressVPN offers a 30-day money-back guarantee so you can stream this event then cancel if you don’t want to use the service anymore.

Where else can I live stream the London Marathon?

While this race is held in the UK, entrants come from all over the world, so there’s understandably a lot of international interest. Below, we’ll explain how to watch the London Marathon live in your country:

NBC is showing the London Marathon on its Track and Field channel. However, you can’t watch this on cable or via any over-the-top services that include NBC. Instead, you’ll have to sign up for an NBC Gold Track and Field Pass. Unfortunately, there’s no trial period and no short-term subscription option: you’ll have to pay $74.99 USD for a full year’s access.

If you’re a huge fan of athletics, this pass might be worth considering. If you’re only interested in watching the London Marathon online, though, it’s too expensive to be considered a viable option by most.

While NBC Sports Gold allows foreign users to purchase specific passes, the Track and Field option is only available in the US. This means that NBC Gold subscribers will need a VPN to watch from abroad.

FloSports plans to broadcast the 2019 London Marathon to Canadian audiences via its track and field network, FloTrack. This service costs $29.99 USD per month (around $40 CAD), although discounts are available if you’re willing to commit to an annual subscription. Either way, FloTrack is a fairly expensive way to watch, particularly if you’re only interested in the London Marathon.

While FloSports allows users to sign up from anywhere as long as they have a Visa, Mastercard, American Express, or Discover card, the London Marathon will only be shown in Canada. Canadians in other countries can log in and stream the event from abroad using a VPN.

Can I track the progress of a specific racer?

Know someone who’s competing in this year’s event? You can follow individual participants as they run using the Virgin Money London Marathon app for iOS and Android. This app allows you to search for specific runners by entering either their running number or surname. Their position will be updated on your map whenever they cross a checkpoint, and the app can even predict their current location based on their average speed.

Everything you need to know about the London Marathon

The London Marathon is known for its huge turnout; in 2019 alone, over 400,000 people applied to run. Obviously, not everyone gets to participate, but there are numerous ways to qualify. The majority of runners are chosen by ballot but there are also spots for charity workers, celebrities, members of recognized running clubs, elite athletes, and those who’ve finished other races with a particularly impressive time for their age. In 2018, 41,003 people ran, so we can expect a similar number this time around.

While there are three different starting points, all routes merge on John Wilson street about three miles (4.8km) into the run. From here, participants run a loop of Crossharbour and the surrounding area before finishing at The Mall, opposite St. James’ Park. The current men’s record is 2:03:05, and was set in 2016 by Eliud Kipchoge, whereas three-time winner Paula Radcliffe holds the women’s title with a time of 2:15:25.

While everyone thinks of the Mass Race when they think of the London Marathon, there are actually several overlapping events. Below, you’ll find the full 2019 London Marathon schedule:

Who is expected to win?

The competition is sure to be especially fierce this year, with men’s champion Eliud Kipchoge returning. He’s an excellent pick for first place, particularly since he’s won every World Marathon Major he’s competed in since 2013 (when he came second in the Berlin Marathon). Of course, four-time Olympic gold medallist Mo Farah is coming out of retirement, so he’ll be giving this race everything he’s got. Keep an eye out for Wilson Kipsang — while he’s been slightly slower in recent years, his personal best sits at 2:03:23, so he could prove especially difficult to beat.

The Women’s Elite field is packed with exceptional athletes, making choosing a winner all but impossible. For instance, Mary Keitany, Birhane Dibaba, and Vivian Cheruiyot consistently finish within a few minutes of each other, at around 2 hours, 18 minutes. The underdog in this race is Emily Sisson, a newcomer from America who predominantly runs 10Ks and half-marathons. Her personal best on a half is 67:30, which puts her at potentially record-breaking time assuming she has a perfect run. One thing’s for sure: whoever wins, the 2019 London Marathon promises to be a very close race, and one many runners will remember for a long time.