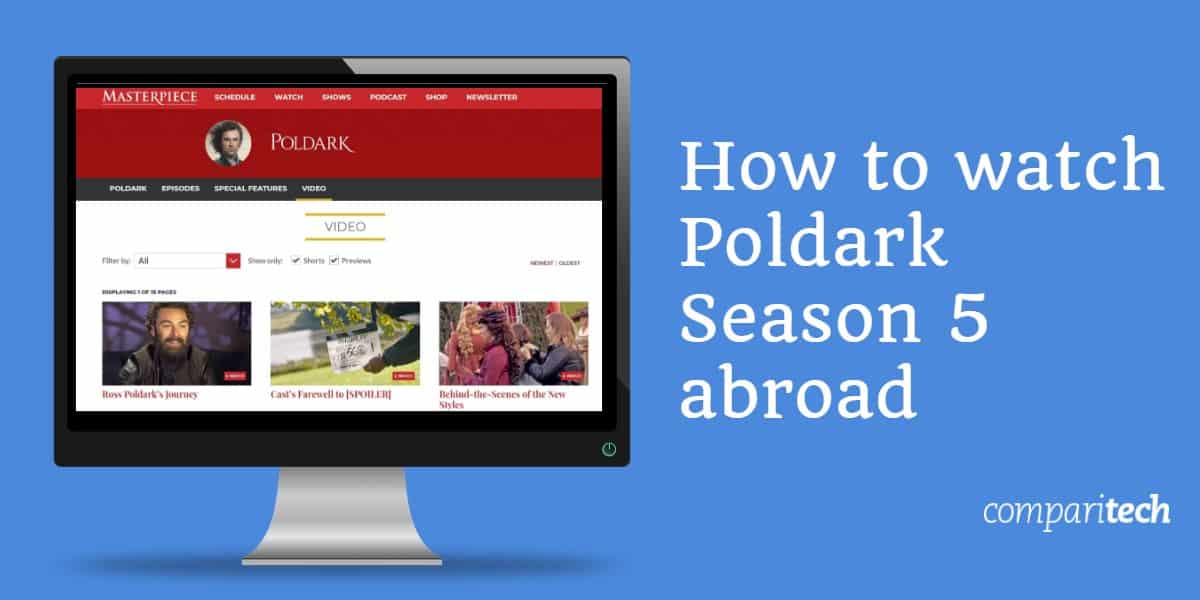 To watch Poldark season 5 for free while abroad, you’ll need a VPN to access your usual home services.

British legislation requires you to have a TV license to watch anything (live or on-demand) on BBC iPlayer. However, neither platform actually checks this (BBC iPlayer occasionally displays a popup letting you know, but it’s fairly inconsistent) so it basically works on an honor system.

Several Netflix libraries include previous seasons of Poldark. For instance, every prior episode is available on Netflix Switzerland, and you can watch the first three seasons on Netflix UK, Ireland, France, Belgium, and Luxembourg. Netflix offers a month-long trial, which means that with the right VPN (we recommend NordVPN for unblocking regional Netflix libraries), you can watch every episode of Poldark for free, wherever you are.

Rather than begin a new story and risk leaving plot threads unresolved, the show’s writer Debbie Horsfield has decided to set season five during this gap between books. The official Poldark Twitter account recently posed this question: “If your country betrays you, to whom do you then owe loyalty?”.

Which beach is Poldark filmed on?

What is the best British TV streaming service?

Is Poldark Season 5 the last?

Unfortunately, it doesn’t look like there’ll be a sixth season of Poldark any time soon. That said, there is hope for fans, since producer Karen Thrussell has indicated that many of the show’s staff are up for bringing it back, although “it wouldn’t be for a few years yet.”

In the meantime, there’s plenty to be getting on with. After all, season 5 took place in the 10-year time skip between books seven and eight. That means that there are six books in the series that still haven’t been adapted.

Does George Warleggan find out about Valentine?

It’s a bit abrupt, but yes, after an offhand comment from Agatha, George Warleggan correctly assumes that Ross is Valentine’s real father. Needless to say, he’s not best pleased and proceeds to do what he does best: lash out at those around him. This occurs in season 4, episode 7 of the TV show, and book seven of the series, The Angry Tide.