How to watch the 2019 Billboard Music Awards online 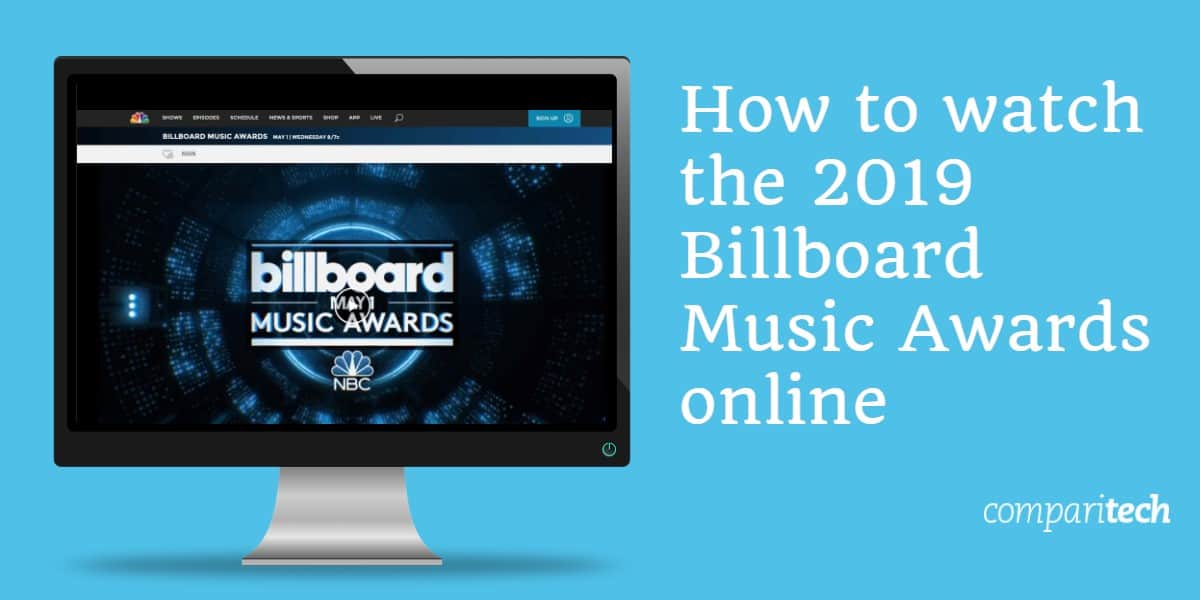 This year’s Billboard Music Awards will take place on May 1 at 5PM PST (8PM EST / 12AM GMT). Hosted at the MGM Grand Garden Arena in Las Vegas, this three hour-long event promises performances from some of the world’s most popular artists including Khalid, Sam Smith, and Panic! at the Disco. This is one event you won’t want to miss, and below, we’ll explain how to live stream the 2019 Billboard Music Awards online from the UK, Canada or anywhere overseas (outside of America).

You should note that we’ll only be recommending official sources. While there are almost always unlicensed streams of high-profile events like this, we advise against using them. To begin with, the video is often low-resolution, choppy, or on a delay. Additionally, unauthorized streams can be taken down without warning by the copyright holder, meaning you might not even see the end of the ceremony. We’ll explain how to watch this year’s Billboard Awards for free anyway, so there’s no need to use unreliable third-party streams.

You’ll need a VPN to watch the Billboard Music Awards for free from outside of the US.

How to stream the Billboard Music Awards abroad with a VPN

With the right VPN, it’s easy to bypass region-locking and use previously inaccessible services abroad. Just follow the steps below to watch the Billboard Music Awards outside the US from anywhere:

The 2019 Billboard Music Awards will be broadcast live, meaning any unforeseen issues could lead to you missing the beginning. For this reason, we recommend testing your VPN with the steps above well before this event is due to air. This leaves you plenty of time to get help from your VPN’s customer support team if anything doesn’t work as expected.

The Billboard Music Awards will be shown on NBC, which means it’s pretty straightforward to watch online. If you already have a cable TV subscription, you can just use your provider details to stream the awards live on NBC’s website. This is completely free, and you don’t even have to create an account.

Don’t have cable? There’s no need to worry; NBC also allows you to sign in with several over-the-top streaming services. DirecTV Now, fuboTV, Hulu with Live TV, PlayStation Vue, Sling TV, and YouTube TV all carry NBC, and all offer a free trial. This means that you can sign up, stream the Billboard Music Awards live, and cancel afterwards to avoid being charged.

You should note that some of these services require your payment method to be linked to a US address. As such, while Americans in other countries can sign up as normal, it can be difficult for foreign users to register. Hulu allows you to pay via gift card, which simplifies the process somewhat.

The platforms above are only available in the US. As such, you’ll need a VPN to use them abroad.

Will the 2019 Billboard Music Awards be shown internationally?

Details regarding international broadcasts are few and far between. Usually, Canadian network CTV airs live coverage of the Billboard Music Awards, although it’s unclear whether they’ll do so again this time around. It’s also worth mentioning that you’ll need a cable TV subscription to stream CTV online.

It’s still possible to watch some of what goes on from other countries, however. Usually, Billboard streams live coverage from the red carpet on Twitter, and there’s no reason this shouldn’t happen against this year.

The real reason people watch this event is for the awards themselves, however. No other networks are broadcasting the Billboard Music Awards, so it’s effectively impossible to watch from other countries unless you have a VPN.

This year’s event will see Billboard hand out 56 awards recognizing the best artists from a huge array of genres. Don’t worry, though: as the broadcast will run for three hours, that’s an average of one award every three minutes or so. Below, we’ve compiled a full list of 2019 Billboard Music Awards nominees:

Which artists are expected to do well?

This year, a few major artists dominate the Billboard Music Awards. Cardi B is the front-runner, with 21 nominations across 18 different categories, with Drake and Post Malone tied for second place, with 17 each. It’d be foolish to write off Ariana Grande, though: with nine nominations and a massive international following, we’d be surprised if she didn’t take home at least a couple of awards.

Very few awards this year have a clear winner. The huge commercial success of A Star is Born means that Bohemian Rhapsody’s soundtrack might not do as well as expected, whereas, in almost any other year, its success would be all but guaranteed. Similarly, established icons like Ariana Grande have to fend off unorthodox picks like BTS, a band which rocketed to international stardom via social media. One thing’s for sure: with so many close races, this year’s Billboard Music Awards will be controversial whoever wins.