How to watch The Dead Don’t Die online from anywhere

Looking for a way to watch The Dead Don’t Die online? In this post, we’ll cover where you can watch this ensemble cast horror-comedy film. We’ll also explain how you can stream The Dead Don’t Die abroad with the help of a Virtual Private Network (VPN).
Mark Gill TECH JOURNALIST, VPN AND PRIVACY SPECIALIST 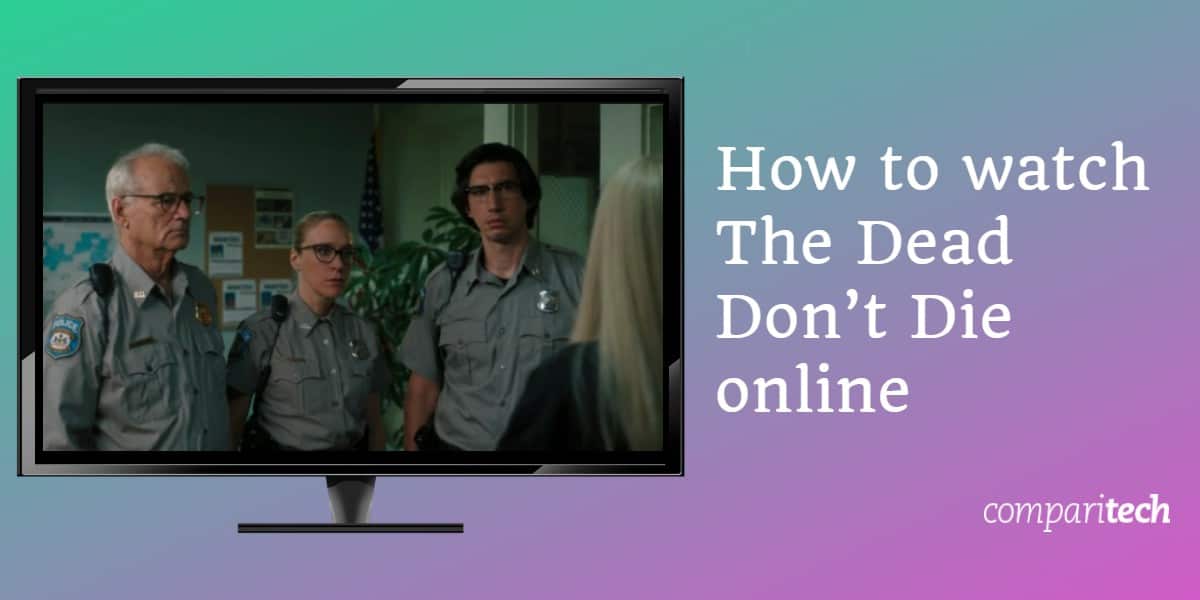 The Dead Don’t Die is coming to HBO Max on Saturday, November 7. The zombie horror comedy was theatrically released in the United States in 2019. It features an ensemble cast which includes Bill Murray, Adam Driver, and Tilda Swinton. Unfortunately, HBO Max is region-locked and only available in the US. The good news is that we’ll take you through how you can use a VPN to watch it online from anywhere in the world.

Please note that we’ll only be recommending official sources for watching The Dead Don’t Die. While the movie may be available to stream via unauthorized sources, it’s worth exercising caution due to the likelihood of it being low resolution as well as suffering from lag and buffering. What’s more, some unlicensed streams of the movie may be taken offline for violating copyright. Besides, with a VPN, you can watch The Dead Don’t Die online in the highest possible quality.

The Dead Don’t Die is only available on region-locked platforms. If you’re traveling abroad, you’ll need a VPN to watch it online via your usual home streaming services.

So how does a VPN work and how can it help you watch The Dead Don’t Die online from abroad? By connecting to a VPN server in the US, you’re assigned a US IP address. This makes it look as if you’re browsing from that location. As such, it allows you to access geo-blocked websites, services, and their content. This includes HBO Max.

Here’s how to watch The Dead Don’t Die outside the US using a VPN:

How to watch The Dead Don’t Die on US TV

You can watch The Dead Don’t Die online on HBO Max where it will be made available to subscribers from November 7. HBO Max is a streaming service that requires a paid subscription ($14.99 USD per month) in order to watch. If you don’t yet have an account, you can sign up and take advantage of the 7-day free trial. You’ll need to provide your name as well as your email address when creating an account.

It’s important to know that HBO Max is only available in the US. As such, all of its content is geo-blocked and inaccessible if you’re traveling abroad. However, there is a way around this by connecting to a VPN server in the US and getting a US IP address. ExpressVPN includes a 30-day money-back guarantee and successfully unblocks HBO Max. This means you can try it out risk-free and, if you decide not to continue, request a full refund.

Where else can I watch The Dead Don’t Die?

HBO Max is one of the few places you can watch The Dead Don’t Die online. However, you also have the option of purchasing the digital version of the film on Amazon Prime Video for $14.99 USD (or £3.99 in the UK). It’s also available for the same price on Google Play as well as the iTunes Store. The movie is available across various country versions of the above platforms. However, if you’re in a country in which it isn’t available, your best bet is using a VPN to change your IP address.

What should I know about The Dead Don’t Die?

The Dead Don’t Die is a 2019 zombie horror comedy film directed by Jim Jarmusch. It follows a small town’s police force as they battle a zombie invasion. The movie features an ensemble cast which includes Bill Murray as Chief Cliff Robertson, Adam Driver as Officer Ronnie Peterson, Tilda Swinton as Zelda Winston, Chloe Sevigny as Officer Mindy Morrison, and Steve Buscemi as Farmer Frank Miller. We can also expect to see Iggy Pop make an appearance as a zombie.