How to buy and trade Bitcoin in China 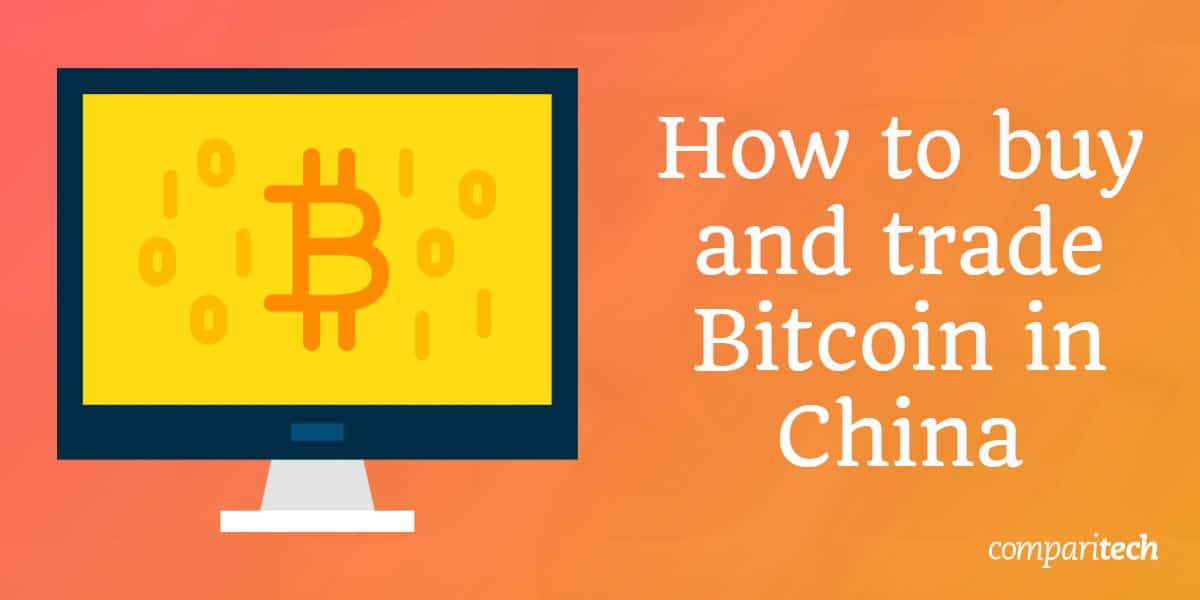 The Chinese government has been clamping down on Bitcoin trading through the early weeks of 2018. These restrictions also apply to trading in other cryptocurrencies and initial coin offerings (ICOs) are now completely banned in China. The regulations present a major problem for China’s Bitcoin mining industry, which is the largest in the world.

In January 2018, the government caused all online trading through China-based agencies to stop. Over-the-counter purchases are still legal, however. Those online exchanges didn’t shut down, but moved overseas. Japan and Singapore now attract most Chinese cryptocurrency trades. The miners are following behind, abandoning China for Singapore and other locations with liberal trading conditions.

In the first week of February 2018, the People’s Bank of China announced that it would start cracking down on overseas cryptocurrency trading from China. That may sound an impossible ambition. However, China has extensive controls in place to monitor and block internet usage. According to Freedom House, the country has the most restricted internet system in the world.

The Chinese authorities have invested millions in detection equipment, enabling them to block access to websites, trace user activities and selectively remove some content from websites as they pass through the gateways of internet service providers. This infrastructure is known as “The Great Firewall of China.”

A solution to restrictions

China’s internet restrictions can be overcome. Virtual private networks give internet users the ability to block the authorities from identifying the websites that they visit and reading the contents of web pages as they arrive.

The regulators know about VPNs and so they have made efforts to identify and block VPN traffic. These actions have been successful in most cases. However, there are a handful of VPN providers that manage to get through the Great Firewall of China and evade detection.

You can get more information on how to choose a VPN in our feature article, What’s the Best VPN for China? We recommend ExpressVPN as our top pick.

This VPN provider is currently running a special offer that gives new users three months extra for free when they sign up for the one-year subscription plan. They also give you a 30-day no-quibble money-back guarantee.

With a VPN in place, you simply select a server to connect to and then turn it on. Once the secure connection to that remote server has been established, all of your internet traffic is protected. If the authorities inspect your internet traffic, they will only be able to see that you are communicating with one address, which is the server that you selected.

If you have been trading Bitcoin and other cryptocurrencies in China, it is more than likely that your regular agency has already shut down. In your search for a new exchange to trade through, you may have noticed that all of those cryptocurrency ads that you used to see all over the internet have suddenly disappeared. Chinese search engines have also stripped out all records of Bitcoin exchanges. All of which makes it difficult to locate an overseas cryptocurrency exchange.

Here are some tips on the best options available in Singapore and Japan.

All Bitcoin trading in Singapore is regulated by the Monetary Authority of Singapore. This is an agency of the country’s central bank and it validates the authenticity of all Bitcoin traded in the nation. It also monitors the movement of money into cryptocurrencies to guard against money laundering.

The legal framework, combined with regulatory oversight means that Singapore is a safe place to trade Bitcoin and other cryptocurrencies. Here are five of the best exchanges in the country:

This online agency is owned by another cryptocurrency exchange, Coinbase. The benefit if using GDAX instead of Coinbase is that their transaction fees are only 0.1 to 0.25 percent, which is a lot cheaper than the 1 percent charged by the parent company. Market makers pay nothing. From China, it is easier to open an account with the parent company, Coinbase, and then use that account to open your GDAX account.

This exchange only deals in Bitcoin and not in other cryptocurrencies. Their transaction fee, at 0.5 per cent, is higher than that of GDAX. The online console is really easy to use and the account creation process is not daunting — the company grants accounts to people living in China.

This exchange is highly rated in user reviews despite the high price of its transaction fee, which is 1 percent. One problem with opening a Coinhako account is that the company only accepts accounts from addresses in Singapore and Malaysia. However, if you can get someone to provide you with a local address, you can stock up your account with cash from China. 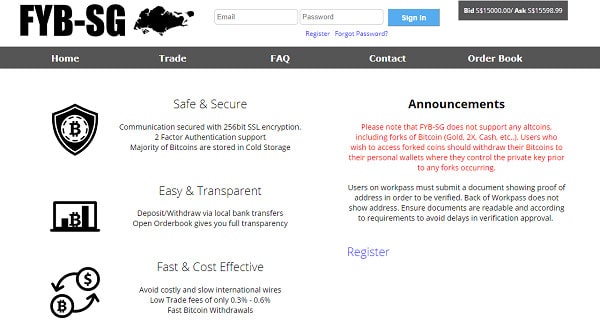 This exchange only deals in Bitcoin. The transaction fee is 0.6 percent, but market makers only have to pay 0.3 per cent. Identity verification forms part of the account set up process. You can only deposit and withdraw fiat currency via a Singapore bank. 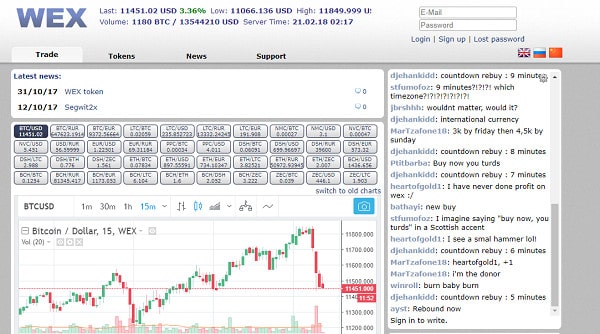 Despite their .nz web address, WEX is based in Singapore. The website of WEX isn’t as user-friendly as the others in our list of recommended Singapore cryptocurrency exchanges. However, their trading fees are low at 0.2 percent. You can open an account, deposit money, and trade without any identity verification. However, you need to undertake verification in order to withdraw fiat currency. The verification process can take up to seven days. If you open a Perfect Money account, you don’t need to undergo the verification process with WEX and you can trade anonymously from anywhere.

Japanese cryptocurrencies have played smart in cooperating with the authorities to build a reputation as a safe place to access the market. This is in stark contrast to nearby South Korea, which could be a great option for Chinese currency traders if the industry could straighten itself out. As it is, South Korea currently offers little consumer protection and strike prices there are consistently above global cryptocurrency rates. The contrast between the Japanese market and that in Korea means that many Korean investors are piling into the Japanese exchanges, along with their Chinese neighbors.

Singapore has a large pool of Chinese and English speaking workers, which gives that country a natural advantage as a financial hub in South East Asia. However, the cryptocurrency exchanges of Japan make sure they have foreign language speaking staff so they can cater to their Chinese clients. So, Japan is probably your second-best bet when looking for international exchanges close to China.

The five exchanges we chose to recommend for Japan have all recently entered into a partnership with Tokyo police to improve protection against cybercrime.

This exchange also has premises in Singapore and Vietnam. The Quoinex exchange processes transactions with a total value of $12 billion every year. You need to nominate a base currency pair when you join and then all transactions between those two currencies enjoy zero fees. You can open an account from China and make deposits and withdrawals in Hong Kong Dollars.

This is Japan’s largest Bitcoin exchange and you can also trade Lightning here. There are two levels of membership. You can trade up to 250,000 yen per month with an unverified account — you can open that class of account with just a Facebook profile for ID. Trading commission is just 0.15 percent. You don’t have to live in Japan to register, however, deposits and withdrawals have to be made in Japanese Yen via one of a list of approved banks in Japan.

The Bitbank website is only available in a mix of English and Japanese. However, you can use Google Translate to get the site translated into your language. The only real-world currency you can use in a Bitbank account is Japanese Yen.You can trade in Bitcoin, Litecoin, Ethereum, Monacoin, and Ripple. You need an address in Japan to open an account, but you can transfer money and cryptocurrency into your account from anywhere.

BTC Box allows trading in Bitcoin and Ethereum. This exchange requires identity verification on accounts and it charges 0.2 percent on each transaction. BTC Box has a large customer base in China. 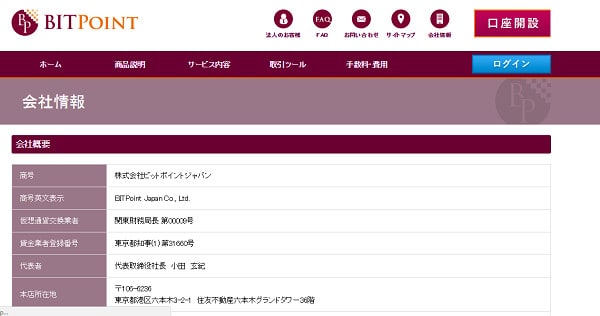 BitPoint’s website is only available in Japanese. However, it is worth engaging Google Translate on the site because the exchange does not charge deposit fees or trading commissions. Bitpoint had an outlet in China and took its Chinese customers with it when it retreated to Japan, so you won’t have difficulty becoming a Chinese customer of this exchange.

Although it is disappointing that the Chinese government has decided to clamp down on cryptocurrencies, you don’t need to give up on speculating and trading in this exciting market. Using a VPN will keep you in the market.

GREAT ALL-ROUNDER:ExpressVPN holds its own. A fast and reliable choice which confidently unblocks all major streaming services with ease including Netflix, Hulu, Amzon Prime, BBC and others. Comes with a Fire TV specific app. Great privacy features and keeps no logs. One of the few VPNs to work in China and UAE. Try it risk-free with the 30-day money back guarantee.

There is no logical reason why you should be locked out of this lucrative market that has got the world abuzz. The government of China is worried that cryptocurrencies could protect money launderers and create financial instability. However, the examples of Singapore and Japan show that cooperation between exchange companies and law enforcement agencies can successfully block of cybercrime and underhand deals. If you are in China, use a VPN to maintain your cryptocurrency market access.