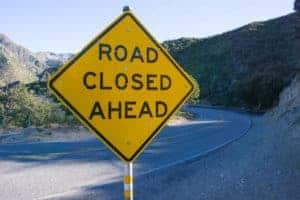 Is using a web anonymizer like Tor or one of its alternatives, enough to keep you truly anonymous online? Does a VPN make you anonymous? Is there any one program or service that will keep you completely anonymous on the internet?

Regrettably, the answer to all of the above questions is the same two letter word: No.

To truly stay anonymous, you do need access to tools like Tor and its alternatives as well as a good VPN. But those aren’t enough by themselves. You also need to be aware of the common mistakes that people make online that lead to anonymity being broken.

A case study in not staying hidden

The first Silk Road provides an excellent example of how to not stay hidden. When Ross Ulbricht, a.k.a. “Dread Pirate Roberts” (DPR), first set out to create an anonymous online marketplace, he wasn’t focused on becoming a criminal mastermind. He just wanted to provide a way for people to exchange money for goods that they did not want traced back to them. I’m not sure what goods he had in mind, if any, but his idea was not, in and of itself, illegal. Because of this oversight, he did not think that he needed to mask his identity from the start.

However, once the site was up, he started taking his identity masking a bit more seriously–too late, I might add. His initial attempts at anonymity were unpracticed and a bit clumsy. Initially, he did set up the server as a hidden service in the Tor network. His customers and clients were promised anonymity in their online dealings. The initial configuration of the server used a VPN combined with the Tor Browser.

Then he started leaving a trail of breadcrumbs that law enforcement followed directly to his home, as well as his favorite wifi hotspots that he regularly used to connect to the internet.

Here is a chronological list of his actions/mistakes that led law enforcement right to him:

What about DPR2, Blake Benthall and Silk Road 2.0?

Silk Road 2.0 went up within a couple months of the Silk Road bust. This time, the person in charge, Dread Pirate Roberts 2, successfully masked his identity so thoroughly that he is still at large and, apparently, not being actively sought by law enforcement. The main coder for the site, however, made enough mistakes to lead law enforcement right to him. Blake Benthall, a.k.a. Defcon, was brought on as DPR2’s second in command right at the beginning. At one point, he even took control of Silk Road 2.0 when DPR2 was unreachable for more than a couple weeks. In essence, he became the new DPR for a short time, which led to the takedown of Silk Road 2.0’s network of servers when he was arrested.

Here are the mistakes that Benthall made:

How to avoid Ulbricht’s and Benthall’s mistakes

If you want to remain anonymous online, whether you’re the kingpin of a massive online drug ring or a whistleblower at a corrupt corporation, you don’t want to make the same mistakes as Ulbricht and Benthall. The following list of suggestions are just the tip of the iceberg. These are some of the most commonly overlooked, ignored or just plain unknown anonymity failures today:

You’re safest bet is to simply not do anything illegal online. After all, you are human. Humans are perfectly imperfect creatures. Mistakes are almost a way of life for most of us. You will make mistakes that will lead any one of these law enforcement agencies right to you, and they will bring all the others with them. Also, if they have to break the anonymity of every user of the anonymity tool or network that you are using just to find you, they will do exactly that. If need be, they will bring in a team of specialists as “consultants” or even “researchers” to perform the actual breaking of anonymity.

A special note for law enforcement

A final word for those of you in the law enforcement arena. Keep in mind that your target, no matter how smart, technologically savvy, educated or clever, will make mistakes. They are the weak link and will provide you all the rope you need to hang them. Performing traffic analysis attacks on anonymous networks can get expensive and is a waste of funds.

All of these people can be found using security holes in their servers, anonymous tips from dissatisfied clients or former employees, backtracking online activity of people of interest and generally just good old-fashioned detective work. However, infringing on everyone else’s freedoms is, in itself, illegal and you are supposed to be above that. There are other means available to you and your colleagues that don’t require you to break the law to find your targets. Like the criminals you are seeking, there is only so much you can get away with.

If you intend to take your privacy seriously, then you need to make a decision every time you fire up your browser: to be, or not to be. Anonymous, that is. Being anonymous takes planning and foresight. After all, the only person that really cares about the safety and security of your privacy is you.

The examples provided in the case study above are the extremes when it comes to trying to hide your activities online, and for good reason. The extremes help to underline the simple mistakes that one can make and the repercussions to which those mistakes can lead.