What a Donald Trump presidency would mean for privacy and security 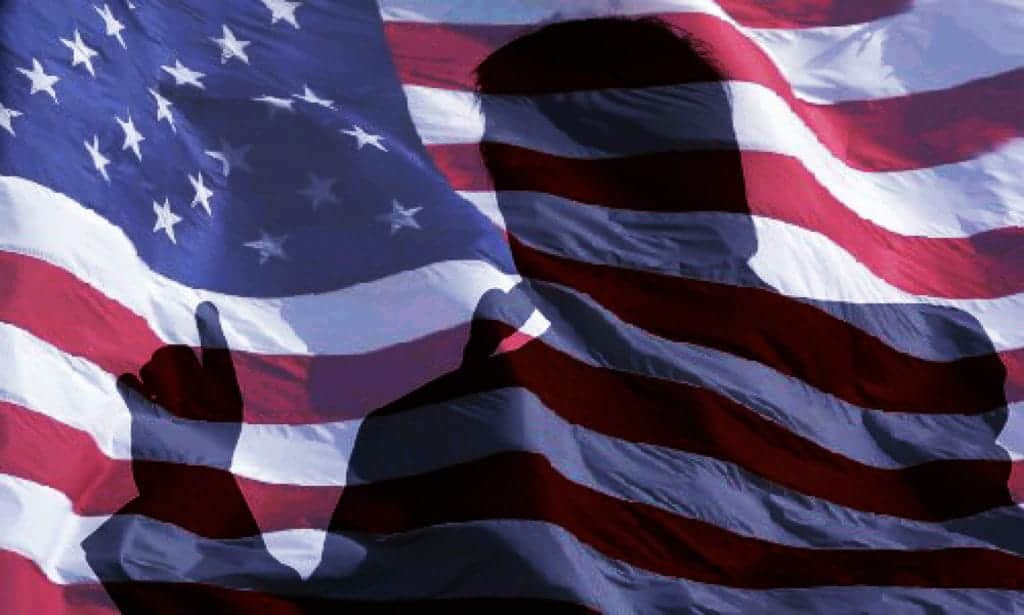 In just under three months, on November 8, the United States will elect a new president. Unless something extraordinary happens in the next 12 weeks, that means that come January 20, 2017 when Barack Obama’s second term as president comes to an end, either Hillary Clinton or Donald Trump will be elected as the 45th US president.

While this will obviously mean major changes across a range of topics and policies, one of the most important issues any incoming president will have to deal with is privacy and cybersecurity.

Thanks to her time as secretary of state, we have a pretty good idea of where Hillary Clinton stands on these issues, and she has laid out these positions in more detail on her campaign website.

Clinton is keen to promote good cyber security policies, such as multiple factor authentication and improved credit card security as well as the creation of a Federal Chief Information Security Officer, something Obama outlined in his Cybersecurity National Action Plan. On the other side of the fence, Clinton is in favour of giving law enforcement more powerful tools to monitor communications, though this is a tough balance to strike.

Trump on the other hand has no record of time in government and the Positions portion of his website (removed since this article was published) doesn’t mention privacy or cybersecurity once, focusing instead on economic vision, paying for the wall, healthcare reform, US-China trade reform, veteran administration reforms, immigration reform, and second amendment rights.

We are therefore left to try and uncover Trump’s thoughts on privacy through his public statements. Thankfully Trump is not the shy type and has made a significant number of comments about issues such as privacy and security on the the long campaign trail.

In an interview with the New York Times, Trump laid out his thoughts on cybersecurity and where he believes the US stands against its enemies.

“First off, we’re so obsolete in cyber. We’re the ones that sort of were very much involved with the creation, but we’re so obsolete, we just seem to be toyed with by so many different countries, already. And we don’t know who’s doing what. We don’t know who’s got the power, who’s got that capability, some people say it’s China, some people say it’s Russia. But certainly cyber has to be a, you know, certainly cyber has to be in our thought process, very strongly in our thought process. Inconceivable that, inconceivable the power of cyber.”

As incoherent as Trump’s thoughts certainly are here, it seems that at least he is aware of the importance for the new president to tackle the issue of cybersecurity.

In a subsequent interview with the same paper, Trump was asked about deploying offensive cyber weapons. His response? “Yes. I am a fan of the future, and cyber is the future.”

Make of that what you will but it seems to echo one of his core principles as laid out in his 2011 book Time to Get Tough: Making America #1 Again, in which he says the US needs to  “keep the technological sword razor sharp.” In that book he also says that “all freedoms flow from national security,” which suggests he is willing to put national security ahead of people’s privacy.

Given his comments above, it is hardly surprising to discover that Trump is not a big fan of NSA contractor-turned-whistleblower Edward Snowden. In an interview on Fox & Friends in 2013, Trump called Snowden a traitor and demanded extreme measures to be taken against him. “There is still a thing called execution,” Trump said, saying Snowden’s revelations had set the country back against rivals like China.

Despite Trump’s obvious disdain for Snowden and claims he collused with the Russian government, the Republican nominee has had no problem calling on hackers (allegedly linked to the Russian government) to hack into Hillary Clinton’s email servers. “Russia, if you’re listening, I hope you’re able to find the 30,000 emails that are missing,” Trump said, according to the New York Times. “I think you will probably be rewarded mightily by our press.”

While Trump claims those statements were a joke, he has previously called on hackers to look into Obama’s college records as part of his campaign to prove the current president was not a US citizen.

During an interview on Fox & Friends in February, Trump responded to an open letter published by Apple CEO Tim Cook in which he said the company would not build a tool to allow the FBI unlock the phone of San Bernardino shooter Syed Rizwan Farook despite a court order to do so. “I agree 100 percent with the courts. In that case we should open [the iPhone] up. We have to use our heads, we have to use common sense.”

Trump continued: “To think that Apple won’t allow us to get into [the shooter’s] cellphone? Who do they think they are? No, we have to open it up.”

Taking this at face value, it would suggest Trump is willing to compel technology companies to build backdoors into their systems, something companies like Microsoft, Google, and Apple have all strongly argued against.

A few days later at a rally in Pawley’s Island, South Carolina, Trump went even further: “What I think you ought to do is boycott Apple until such time as they give that security number. How do you like that? I just thought of it. Boycott Apple.”

Recent analysis of Trump’s Twitter activity suggests his personal tweets come from an Android device while his staff continue to use an iPhone. It looks like this is one situation where Trump is following through on his promises.

In December, when Trump announced his policy to ban Muslims from entering the US, he also announced plans to restrict access to parts of the internet. The next day during the fifth Republican televised presidential debate, he made the following comments when asked if he would be open to closing parts of the internet even if that put the US in the company of China and North Korea, which censor parts of the web.

“I would certainly be open to closing areas where we are at war with somebody,” Trump said. “I sure as hell don’t want to let people that want to kill us and kill our nation use our internet. Yes, sir. I am.”

Later in the debate Trump seemed to narrow his plan: “We’re not talking about closing the Internet. I’m talking about parts of Syria, parts of Iraq. Where ISIS is,” Trump said. “Spotting it. Now, you could close it. What I like even better than that is getting our smartest and getting our best to infiltrate their Internet.”

It is unclear if Trump understands exactly how the core infrastructure of the internet works and how difficult his plan to introduce banned sections of the internet would be, but he wants to get the help of some well-known technologists. “We’re losing a lot of people because of the internet,” Trump said. “We have to see Bill Gates and a lot of different people that really understand what’s happening.”

Trump’s comments led to not-so-flattering comparisons with dictatorships around the world. “What he is calling for is what authoritarian governments like China and Iran and Saudi Arabia do. It is not feasible,” Daniel Calingaert, the executive vice president of the human-rights organisation and government censorship tracker Freedom House, told The Daily Beast. “Even those governments don’t rely on tech alone to close off the Internet. They abuse laws to pressure ISPs, web hosts, and individuals to take down websites and comments.”

In an interview on the Hugh Hewitt Show in December 2015, Trump says he supports reauthorizing the Patriot Act and bulk cell phone metadata collection by the National Security Agency.

When asked about metadata collection, Trump said: “Well, I tend to err on the side of security, I must tell you and I’ve been there for longer than you would think. But, you know, when you have people that are beheading if you’re a Christian and frankly for lots of other reasons, when you have the world looking at us and would like to destroy us as quickly as possible, I err on the side of security, and so that’s the way it is, that’s the way I’ve been, and some people like that, frankly, and some people don’t like that.”

He then revealed that he assumes someone is always listening:

“I assume when I pick up my telephone people are listening to my conversations anyway, if you want to know the truth. It’s pretty sad commentary, but I err on the side of security.”

This is a position Trump has held for some time. Last summer Trump said: “I support legislation which allows the NSA to hold the bulk metadata. For oversight, I propose that a court, which is available any time on any day, is created to issue individual rulings on when this metadata can be accessed.”

Of course many believe that despite what is claimed, the NSA continues to collect metadata. Under the US Freedom Act, the NSA is still allowed to retain its computers at the carriers’ and service providers’ switching offices. They can collect metadata and be remotely accessed by operatives in the NSA’s own offices.

When Trump was asked about student data mining that is associated with the Common Core standards — a set of agreed standards that students are expected to reach in English and math in primary and secondary education — he took a strong pro-privacy stance, which is at odds with a lot of other comments he has made.

While the breach of Hillary Clinton’s emails has been headline news for some time, Trump hasn’t been immune to his own cybersecurity issues.  The GOP candidate’s golf resort in Aberdeenshire has admitted it failed to comply with strict data protection laws after not registering with the UK’s privacy watchdog under the Data Protection Act despite operating an extensive CCTV system and handling data on thousands of golfers and guests, its staff, and suppliers.

It is safe to say that ascertaining Trump’s stance on privacy and security is a difficult proposition. Without a fully-formed position, we are lift to decipher Trump’s comments, many of which contradict each other. In broad strokes however, Trump seems in favor of increasing the powers of intelligence agencies at the cost of privacy while forcing technology companies to make their products less safe.