What is Net Neutrality, why does it matter and how can you fight for it? 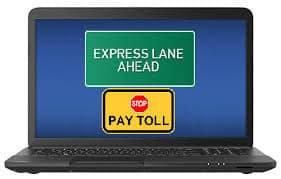 Three years ago the American people let their voices be heard on a topic that just about every big name provider of internet access was hoping would go completely unnoticed: Net Neutrality.

The outcry was so severe that the FCC servers experienced a flood of traffic similar to a DDoS attack. The front facing web servers for the FCC could not handle the sudden surge of traffic and crashed. The FCC and the Obama administration got the message.

Now, those same rules are under threat again by the new administration in the White House. Once again, the FCC is being flooded with comments from American citizens demanding that Net Neutrality, backed by Title II oversight of the FCC Communications Act, be preserved.

What is Net Neutrality?

Let’s start with what Net Neutrality actually is. Wading through the legal documents reveals that the providers of broadband internet access, or ISPs, are limited in how much they can play with the streams of data passing through their routers and servers.

Most of the ISPs in business today offer much more than just access to the internet. Some have their own video streaming, VoIP phone, web hosting and other types of online services. Because they are bound by the restrictions contained in the Title II section of the FCC regulations, they are not allowed to limit speeds to competitor’s services, nor are they allowed to dedicate higher speeds to their own services.

The first danger is that of ISPs offering zero-rating content, for a price, to companies that offer popular services. This is best explained with an example.

It doesn’t matter where any of that data comes from or goes to, it is all treated equally. You can stream music from any online provider of music up to the limit allowed by your ISP’s internet plan. You can watch videos from any streaming video provider and it all counts toward the data limit assigned by your ISP.

If you are a light consumer of online content, you can opt for a lower monthly payment to get a lower speed limit, lower data limits, both up and down and fewer services bundled together as a single package. On the other hand, if you are a heavier consumer of online videos, music and games, then you will want to pay for higher speeds and data limits. A simple modification of a fairly straightforward business transaction.

With net neutrality out of the way, you will only see one change to your agreement with your ISP. Providers of popular services, like Google, Facebook, Netflix and others, will have the option of paying a fee to get their data streams flagged as not counting towards your maximum data limit each month.

On the surface, that sounds great. You can watch as many movies and TV shows from Netflix as you can stand and it won’t impact your data limit at all. You can stream music 24/7 from Pandora, assuming they’ve paid their zero-rating fees, and not worry about it ever reaching your data limit. However, what if you’re not a Netflix or Pandora user? Suppose you get all of your videos through Hulu and your music from your local radio station’s web feed, but neither of those can afford to pay your ISP’s fee for a zero-rating. You are still limited to how much content you can enjoy from them, or you can create a new account on Netflix and/or Pandora.

And therein lies the rub. The big companies get bigger and the smaller companies or startups lose their customers and pass into obscurity. It doesn’t matter if they offer a better service, more variety, better quality content or anything else. It only matters who can afford to pay the ISP’s fees.

You can already see existing examples of this very thing in the mobile data market. T-Mobile, Verizon, Comcast and AT&T have all played with some form of zero-rating content that did not count toward the end user’s data limit. T-Mobile had their Binge-On plan. AT&T has Sponsored Data. Verizon offers FreeBee. Comcast offers Stream TV. Each has been criticized as anti-competitive and at least one of them has been abandoned and apologized for.

That’s great news if you solely use Google for your online searches, but pretty terrible news if you use Yahoo!, Bing, Ask, DuckDuckGo, or any other search engine. They can even narrow it down further to only prioritize traffic for users that are logged into a Google account.

If you connect to a VPN in the US before doing anything online, theoretically, you will then be subject to not only your ISP’s limits and data stream manipulations, but also the limits and manipulations of the ISP for the VPN server that you are connecting to. After all, that server needs to connect to the internet through an ISP as well. Congratulations, you’ve just been double whammied.

And let’s not forget that Americans currently pay more for internet access, yet we barely rank in the top ten for average internet speed as of the first quarter of 2017. This is the first time in years that the US has managed to make it into the top ten. So, not only are you barely getting what you’re paying for, you may soon find that you are paying the same amount for even less.

You will also want to keep in mind that all of these online companies are not going to take these fees in stride. There will be a trickle down effect in the form of higher costs for online service subscriptions, add-on fees for access to the prioritized version of their data, and even possible hidden fees in their contracts to cover their losses.

At the moment, the current FCC Chair, Ajit Pai is set on a plan to reclassify ISPs as Title I entities. This will remove the restrictions included in Title II, thereby allowing ISPs to manipulate any data stream passing through their hardware in just about any way they choose, in essence, killing net neutrality.

What can you do to fight for net neutrality?

The last time this issue came up, there was an online protest organized by the online activist group “Fight for the Future” dubbed “Internet Slowdown Day”. On September 10th, 2014 many of the big online companies made some modifications to their websites to simulate what would happen if Net Neutrality were to go away.

Well it’s back. A second online protest is set for July 12th, 2017. While dozens of companies have already signed up for this second round, some of the bigger names that participated in 2014 have not yet signed up. Apparently, this topic is considered too boring or too confusing for anybody to really care about.

Another thing you can do is to find out if there are any small ISPs that provide services in your area. While the big name companies like AT&T and Comcast are pushing for this reclassification, the smaller ISPs would be badly hurt if not completely wiped out by this move. While they normally do not offer as many services or bundled packages like the big companies, they usually do have the same speed options and data limits for around the same price as the big guys.

Switching to a smaller ISP is also a great way to “vote with your dollars” and show the big guys that they are not too big to fail. Who knows, if enough of their customers jump ship they may not last much longer as the “big guys”.

Finally, if you know who your state representative is, you can contact them directly and find out where they sit on this issue. The odds are they may not know about net neutrality, as it is primarily an FCC issue. You can still let them know just how important this issue is to you, and ask them to also contact the FCC.

“Net Neutrality Threatened” by Mike Licht under CC BY 2.0