The future of Bitcoin: what happens after all the bitcoins are mined? 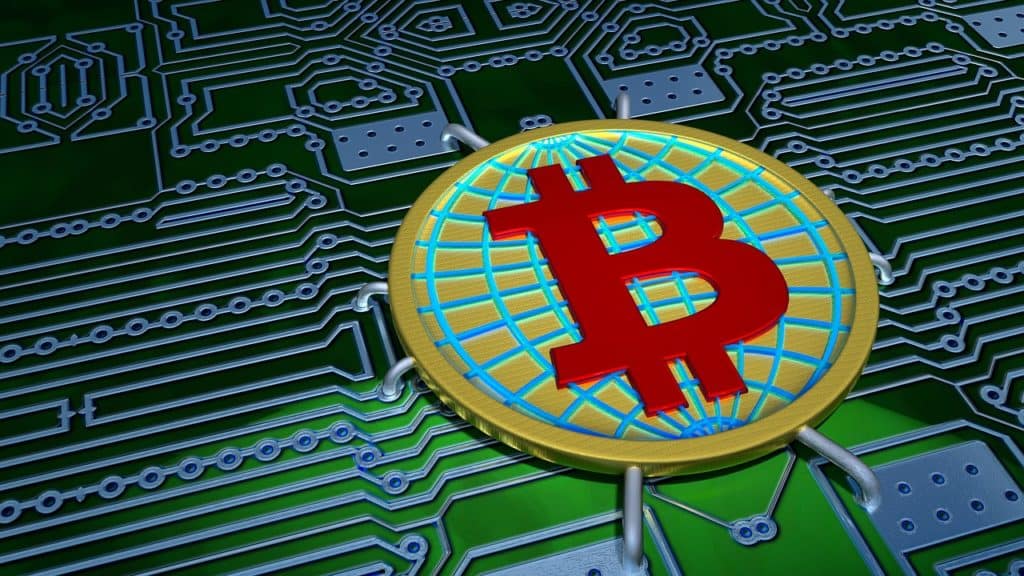 Mankind used gold as currency as early as 700 B.C. The metal has stood the test of time for over two millennia. Even today, whether you agree that gold is actually valuable or not, gold still preserves wealth. The United States only abandoned the gold standard in 1971, and there are more than a few advocates who would like to bring it back.

Bitcoin, which has existed for less than a decade, is being hailed along with other cryptocurrencies as the future of money. A completely decentralized, virtual currency combined with trustless blockchain technology certainly has the potential to disrupt and revolutionize the status quo and jumpstart new paradigms in trade, banking, and much more.

But can Bitcoin or any other cryptocurrency even compare with the legacy of something like gold? At some point, all of the 21 million available bitcoins will have been mined. When that happens depends largely on the pace of development of computing power, but estimates vary from as early as 2050 to the more commonly-cited 2145. One century from now, what will currency look like?

To find out, we asked a group of experts to predict the future. We questioned industry professionals to give us their insight about the future of Bitcoin and cryptocurrencies in general.

Will we still use Bitcoin 100 years from now?

Our panel of experts had mixed opinions about whether Bitcoin would still be around by the time all the available bitcoins are mined.

“In long term equilibrium, Bitcoin will be seen as quaint and boring; the cryptocurrency your great-grandparents were excited about growing up,” says Colin Goltra, head of product at Coins.ph. “At this point, it’s not clear, and indeed perhaps unlikely, that Bitcoin will be the dominant cryptocurrency of the 22nd Century. By this stage, the public key space will have been mapped out several thousand times over, with companies using network analysis to break even the pseudonymity that Bitcoin currently holds.”

“It is hard to imagine that Bitcoin will be the predominant cryptocurrency with a hundred years or a couple of tens of years, actually, by sheer nature and the idea it implements. To do so, all major players must form a cartel to support or promote Bitcoin, which is not going to work given the history of human kind,” says Anatoliy Okhotnikov, Head of Engineering at Sofjourn, Inc. “I strongly believe that the fiat currencies will eventually evolve into digital cash and could have a form of blockchain or digital crypto notary or other form yet to be found.”

Whether or not Bitcoin survives, all agreed that decentralized digital currencies aren’t going anywhere.

“From a business standpoint, I imagine there will be several products that leverage more decentralized protocols. You’ll be able to outsource computing resources and pay for it in digital currency,” says Jad Mubaslat, Founder and former CEO of BitQuick.co. “For consumers, they’ll likely be using digital currencies and products built on top of blockchain technology without even realizing it, the same way we use virtual USD when interacting with our online banking portals, and other consumer banking products.”

In order for Bitcoin to survive in the long term, it needs to adapt in the short and medium terms. The currency will need to evolve in order scale and keep up with competing cryptocurrencies like Ethereum. One such adaptation is the recent adoption of Segregated Witness, or SegWit for short. SegWit removes signature data from Bitcoin transactions so that more space is available for transactions.

“The upcoming activation of Segregated Witness and Payment Channels on Bitcoin–solutions to improve the efficiency of Bitcoin transactions–are positive milestones towards greater scalability of Bitcoin as a payment system. If Bitcoin continues to scale accordingly it may even begin to compete with the USD by facilitating global commerce and trading through what we refer to as ‘stable coins’ or cryptocurrencies directly issued by a sovereign entity, such as a central bank or those tied to physical assets such as gold,” says Thomas Gluckman, head of marketing for Gatecoin. “There may be localized cryptocurrencies associated with specific states, cities or corporations that also use bitcoin as the reference cryptocurrency and main trading pair. Bitcoin’s decentralization or independence from the macro uncertainties that may affect sovereign fiat currencies will be the key to its success and long-term survival, assuming the internet is still active.”

Whenever an update like SegWit is rolled out, it requires a large majority of nodes on the network to comply with the changes. Nodes are used to transmit transactions across the bitcoin network. They have the bitcoin core client on a machine instance with the complete block chain. When a major update is implemented, it creates a “hard fork”, that splits the blockchain into two: one running a version without the update, and a version with the update. Eventually, the minority of nodes on the network will be forced to update. But if the majority of nodes running the update is not large enough, the hard fork will remain in place, which could be devastating for Bitcoin, splitting the entire community of users into two. This was a serious concern in the run-up to SegWit (implemented at time of writing), and potential hard forks will likely continue to cause tensions during future updates.

“About 80 percent of the network nodes are capable to run [SegWit] and are expected to activate, but there still is a chance that we will see the hard fork. And in light of this, the bitcoin price drops,” Okhotnikov says. “But, again, this protocol improvement lays out the foundation for future improvements like lightning network to process a large number of transactions with the sidechains, and it looks like major mining pools and exchanges are very interested in it.”

Some say Bitcoin will be relegated to antiquity, while others said it will require several updates that allow it to scale and continue to grow. Even if Bitcoin is still around, it will have evolved quite a bit by the time all of the bitcoins have been mined. It could be used purely in machine-to-machine transactions, for instance.

“With the proliferation of artificial intelligence and the predicted limits on the capabilities of human labor, we can imagine machines conducting commerce independently through smart contracts with bitcoin as the medium of exchange,” Gluckmann says. “Bitcoin may resemble a more flexible smart contract computing platform, such as Ethereum, with more robust security. Bitcoin as a currency would be the incentive to fuel this ecosystem.”

“In fact, given the relative stability as a store of value, it’s quite plausible that the super majority of daily Bitcoin users will be intelligent machines, with humans opting instead for younger asset classes more susceptible to crowd psychology,” Goltra says.

What will the miners do?

After the last fraction of bitcoin has been mined, miners will require some other incentive to continue validating new transactions on the blockchain. The general consensus is that this will happen through transaction fees, but whether this will actually create enough revenue for mining to be worth it or not is anyone’s guess.

“The transaction fee market will have long-since overtaken the block reward as the primary payment to miners, and fees will be a largely stable and predictable,” Goltra says. He adds that many of the miners of next century will be large corporate incumbents.

Even before all bitcoins have been mined, Bitcoin could switch to a “proof-of-stake” system where miners don’t need to maximize hashing power in order to create new bitcoins. The reasoning behind proof-of-stake is that the current system, proof-of-work, is designed to be innefficient in order to reward the miners who put in the most work. The downside is that proof-of-work requires so much electricity and generates so much heat that Bitcoin mining alone could use up as much electricity as Denmark by 2020, according to some estimates. The system has serious implications for the environment and infrastructure, among other concerns.

“There is a possibility that bitcoin’s consensus algorithm migrates from proof of work to proof of stake, however this is currently ideologically and practically not in the short-term horizon,” says Gluckmann. A hybrid model is in the works for Ethereum and should be implemented by the end of 2017.

Contributing to the volatility of today’s bitcoin is the large number of speculative investors seeking a short-term reward. But experts for the most part believe that, if Bitcoin is still being used as a currency in the future, it will have largely stabilized.

“Depending on what the world is like in 2145, bitcoin may still be a speculative asset class, however we can assume that it will be not as volatile as it is today due to the long-term growth in bitcoin market liquidity,” Gluckmann says. “Greater usage and adoption of bitcoin as a global value transfer protocol, internet money or computing platform will be attractive for both retail and institutional investors with bitcoin trading volumes rivaling those of today’s major financial markets such as Forex or securities.”

Our experts agreed that, barring any major financial shifts (which could certainly occur in the next 100 years), Bitcoin will become a more mainstream, long-term investment.

“I would imagine digital currencies and assets will be considered an asset class of their own by that time, and just like any other asset class, would be subject to high interest from investors,” Mubaslat says. “Ideally volatility would have significantly dropped by then, and be more comparable to the major stocks of today.”

Meanwhile, when all of the Bitcoins have been mined, short-term investors will have turned their attention to other emerging currencies.

“The speculators [will have] left the space over a century ago, opting instead for much more arcane digital assets,” Goltra says.

As they say: if you can’t beat ’em, join ’em. Our panel agrees that it’s only a matter of time before governments start digitizing fiat currencies. Whether they attempt to go it alone or build upon what Bitcoin has already established will make all the difference.

“Bitcoin is a pioneer, but it is popular and running forward only so long as it performs its primary function of anonymous transactions with no third-party control. So it is up to regulators either to fight it or join it and lead it,” Okhotnikov says. “Currently, major national banks are negotiating with fintech companies and commercial banks about digitizing the fiat. And as soon as it happens (and it will!) the crypto industry will face a huge disruption and all current forecasts will be rendered invalid.”

“We hope that there will be universal regulation or specific guidelines on the activities governing bitcoin exchanges, crypto asset managers and merchants accepting bitcoin payments. Light touch and progressive regulation would be the best approach to provide an environment conducive to innovation and the development of the bitcoin ecosystem,” says Gluckmann.

“So far, the strategy by federal US lawmakers has more or less involved the clarification of current policy in regards to digital currency; however, more often than not, this doesn’t result in clear direction. The approach by regulators hasn’t been particularly hostile, so I remain optimistic that regulations will be developed in a manner that will not stifle innovation,” Mubaslat says.

Whether or not Bitcoin survives the next 100 years, it will no doubt be remembered for its role in revolutionizing currency as we know it.

“If indeed Bitcoin has not become the dominant cryptocurrency, there is no doubt about what its legacy will be,” Goltra says. “Regardless of its long term success, Bitcoin will be remembered as the onboarding tool for millions, perhaps billions, of people to learn about crucial 21st and 22nd Century social concepts like crowd commerce, cyber security, and individual sovereignty. It will also be remembered as the first step in a movement to bring millions of the world’s poorest people into the modern digital economy.”