Article 13 could see millions of YouTube users turn to VPNs

In September of this year, the EU voted to pass Article 13 of the Copyright Directive. Among other things, Article 13 will require “online content sharing service providers” to “take, in cooperation with rightholders, appropriate and proportionate measures leading to the non-availability of copyright or related-right infringing works or other subject-matter on those services, while non-infringing works and other subject matter shall remain available.” 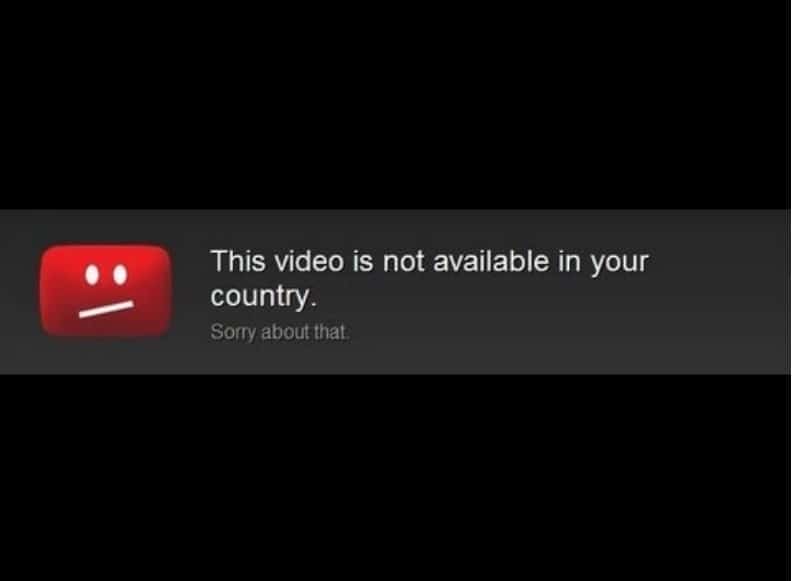 On the surface, this sounds like a reasonable approach to copyright protection. And indeed, many copyright holders, especially in the music industry, hailed the initiative. However, a growing number of observers have pointed out that Article 13 would require companies to create content filters that automatically remove all kinds of copyrighted material posted by users without regard to how that content is being used. Many companies that operate on the basis of user-generated content (such as YouTube) are calling foul and warning that Article 13 could completely upend the entire internet experience.

Such blocking would not only hinder EU content creators it could also lead to content blocking across a large number of platforms offering services in the EU. As a result, Paul Bischoff, Privacy Advocate at Comparitech, predicts “millions of EU internet users may turn to VPNs to gain access to blocked content.”

Numerous media sites have raised the alarm with respect to how Article 13 could damage a free and open internet that is increasingly focused around user-generated content. YouTube’s CEO Susan Wojcicki took to the company’s Creator Blog on October 22 stating, “Article 13 as written threatens to shut down the ability of millions of people — from creators like you to everyday users — to upload content to platforms like YouTube.”

In particular focus for YouTube is the danger that Article 13 poses to what Wojcicki explains as  “YouTube’s incredible video library of educational content, such as language classes, physics tutorials and other how-to’s.” Many companies and content creators believe that Article 13 threatens the fair use of copyrighted content. The threat, according to YouTube and others, comes in the form of automatic filters required to block all copyrighted content. Under such a system, even the fair use of copyrighted content would be automatically filtered and blocked.

A successful implementation of Article 13 will likely lead to increased Virtual Private Network (VPN) usage and sales in the EU. This view is shared by several companies offering VPN services.

Leading VPN service provider, ExpressVPN, has been warning about and fighting against the negative impact of the EU’s copyright initiatives for months. In 2017, the service helped sponsor OpenMedia’s Message-your-MEP tool in an effort to fight the Article 11 “link tax”.

In an email interview with ExpressVPN’s Vice President Harold Li, the executive explained,

“These onerous copyright regulations would represent huge barriers to both uploading and viewing content for Europeans—not just videos on YouTube, but also GIFs, memes, livestreams, blogs, remixes, and much more. Many in the EU will undoubtedly turn to VPNs to overcome blocks and access content from around the world, but the restrictions would still significantly harm free expression and creativity. This is a serious threat to the free and open internet as we know it, which is why we have worked with OpenMedia and others over the past year to campaign against Article 13 and we encourage all European citizens to contact their representatives to voice their opposition.”

A similar sentiment was expressed to us by IPVanish Vice President of Marketing, Jeremy Palmer:

“I suspect there will be a lot of unintended (and negative) consequences for creators and consumers if Article 13 becomes law. Any legislation that limits access or censors the Internet, creates a lot of demand for our VPN service. People will find a way to get around these restrictions.”

NordVPN also provided us with feedback on the issue.

“If YouTube and other platforms feel pressure to censor their users’ content, they will be seen as free speech blockers,” said Ruby Gonzalez, Head of Communications of NordVPN.

“Also, if the Copyright Directive extends the rights of publishers to charge for the snippets of news articles that appear under search results or social media feeds, it will stop the free flow of information and ideas. Often, people share and discuss news on social media. If this is limited, free discussion would also be limited. It might even become illegal to share news articles on social media. We believe that such restrictions may be very harmful to the very idea of the internet, where people freely share information.”

VPN companies have deep insights into how shifts in policy can impact VPN usage. With site traffic and sales data to back up those insights, it’s likely that they are paying close attention to their internal data coming from the EU.

Should the dire predictions for Article 13 come to pass, it’s quite likely that EU residents will turn to any means at their disposal to access the content they once enjoyed through platforms like YouTube. The simplest method for them to use is going to be a VPN.

VPNs work by allowing users to connect to a server in another location. Once connected, users are assigned a new IP address associated with the VPN server location. From there, the VPN user can access sites and services that were blocked in their original location. That means a YouTube user in Germany can connect to a VPN server in the United States and regain access to any blocked content.

There are good reasons to believe that a wholesale block on streaming content in the EU will lead to massive increases in VPN usage and sales.

As the EU’s GDPR rules came into effect earlier this year, many US websites were forced to block incoming connections from EU countries. Those US sites were slow to update or accommodate for the new rules, and any EU users trying to access them were forced to implement a bypass, either in the form of a VPN or another IP anonymizer.

We have also seen a huge increase in VPN usage, sales, and overall interest associated with major events. For example, when major sporting events like the World Cup come around, sports fans in countries where content is blocked or difficult to obtain often turn to VPNs to bypass blocks and gain access to the content they want.

Events like the World Cup only happen every so often. Article 13, however, promises to be an ongoing content blocking implementation, which means EU residents eager to regain access to blocked content will not only need to find a workaround but will also need to maintain that workaround for the long term. They will also need a solution that’s easy to use, making VPNs the likely go-to option for many.

There are currently hundreds of millions of YouTube users across the EU. According to 2016 data available on Statista, some EU nations have extremely large numbers of YouTube users, including:

While much of the content posted to YouTube may not be blocked, YouTube’s prediction of billions of blocked videos is likely to have an impact and leave many EU video streamers desperate for solutions. It’s also likely to have deep and resounding impacts on the amount of content available outside of the EU as European-based content creators are blocked from uploading much of their content.

Importantly, it’s not just YouTube that will be impacted if Article 13 predictions come to pass. Other sites with a user-generated content backbone popular in the EU, such as Reddit, would be forced to implement content filters that automatically block any posted content that is deemed copyright infringing. The law has taken on the name “meme ban” for this reason, as many memes utilize potentially copyrighted content. As a result, Article 13 memes began trending on the popular subreddit /r/MemeEconomy, where users “buy” and “sell” memes based on their perceived value (similar to stocks).

The EU Parliament returns to vote on the final wording of Article 13 in January 2019. Both Article 11 and 13 have yet to be confirmed into law, meaning many EU citizens and companies will likely ramp up their rhetoric against Parliament’s efforts to implement these initiatives into law.