Online scams rose 25 percent in the US during the pandemic 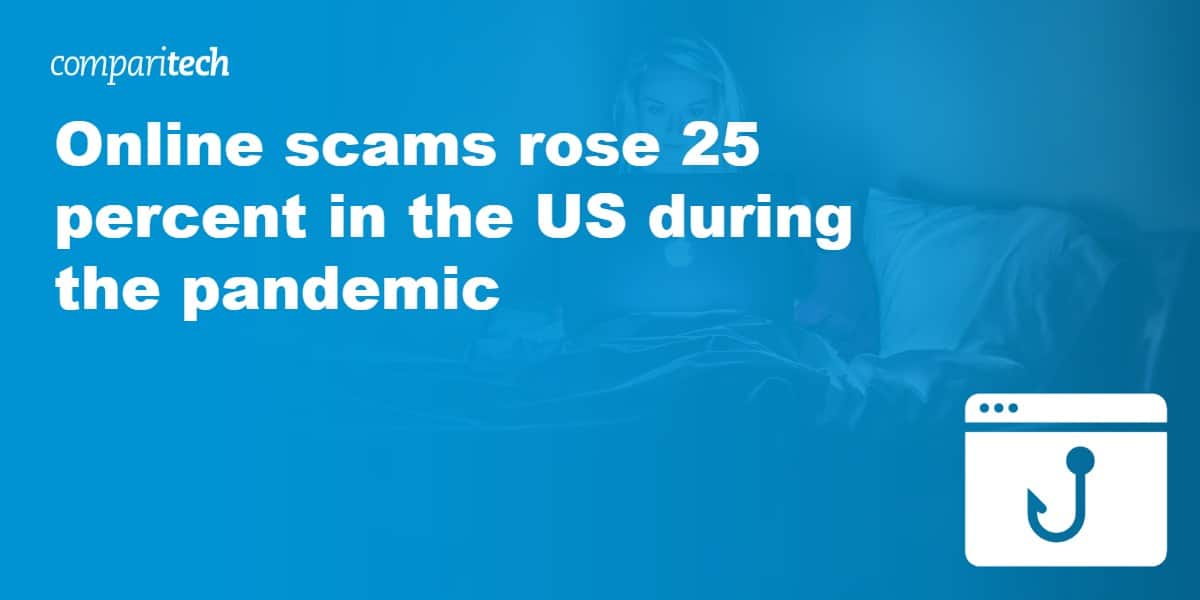 Of the figures that are reported, we also know that $5.1 billion was lost to these scams in 2019, before increasing by 37 percent to $7 billion in 2020. But with a large chunk of scams not having a $ figure attached to them, and scams being vastly underreported, these figures are likely much higher.

What’s also interesting is how the types of frauds and scams taking place changed from 2019 to 2020.

Our team of researchers explored data from the Internet Crime Complaint Center (IC3), the Federal Trade Commission (FTC), the Better Business Bureau (BBB), and the Finance Crimes Enforcement Network (FinCEN) to find out just how the pandemic has altered fraud and scams across America.

Due to FinCEN not providing figures on the $ amounts lost to Suspicious Activity Reports (SARs), these figures have been omitted from our overall totals when comparing dollar amounts lost. But they have been included in our victim counts.

However, in one report regarding SARs related to elder financial exploitation, it was stated that the average loss across all reports was $16,700. While only 80 percent of elder financial exploitation cases resulted in a loss, this still suggests an astronomical loss across these SARs. For example, if we base the losses on the aforementioned 80% of cases resulting in a loss of $16,700, that would put the loss to SARs at $17.1 billion in 2019 and $18.9 billion in 2020.

Read more about the true cost of elder financial abuse in our recent report (here).

Delaware was the most heavily-impacted state in 2019 and 2020

Arkansas saw the greatest increase in victims from 2019 to 2020

With a rise in victims from 22,321 in 2019 to 34,826 in 2020, Arkansas saw a 56 percent increase in its number of scam and fraud victims over the past two years. Puerto Rico, Massachusetts, and Rhode Island also saw increases of over 40 percent.

But none of these saw the highest rise in dollar amounts lost.

Ironically, North Dakota was named as the state with the fewest data breaches over the past 15 years in our recent report. But due to the low number of victims and significant losses, the breaches/scams reported to the IC3 are likely to have been targeted toward specific individuals rather than entire organizations/entities.

The categories with the biggest increases in victims were:

With organizations such as the American Association of Retired Persons (AARP) warning consumers about fake claims and phony websites that offer COVID-19 cures or stimulus payments, this vast rise in health care related scams is perhaps no surprise.

The states that saw the biggest increase in the number of healthcare scam victims and/or victim losses were:

In contrast, a number of categories saw a decrease in the number of victims. These included:

The areas which saw the biggest leaps in reports were:

All of these increases may relate to more people being out of work, looking for financial opportunities, and/or being at home due to the pandemic.

The states with the largest increases in identity theft were Kansas and Rhode Island with a 1,802 and 1,002 percent increase respectively.

The highest increase in reports by far came from its business loan category where there was a 391 percent increase year on year. In 2019, 3,469 SARs relating to business loans were submitted. In 2020, this rose to 17,027. Again, this mirrors the trends witnessed by other entities, whereby scams that are potentially related to the pandemic have seen the biggest increases.

For example, the FTC recently published a warning to business owners on its website regarding a COVID-related scam. Phishing emails claiming to be from the Small Business Administration Office of Disaster Assistance are offering personal/business loans of up to $250,000. The would-be thieves then use the information they receive from these emails to apply for legitimate loans in the person’s/company’s name.

Unfortunately, whenever there is the opportunity for thieves and scammers to con people out of money–they’ll take it. And the pandemic is no less different. With such a significant rise in the number of scams witnessed across America in 2020, many scammers have changed tact to focus on those who are desperate for financial help, cures for COVID, or are utilizing online services/shopping more frequently.

What can you do to protect yourself?

To find the total figures by state, we used the following data sources to obtain figures for all fifty states plus the District of Columbia and Puerto Rico. In some cases, the total amounts reported by these entities are higher as they include other areas of the United States’s territory, i.e. the Virgin Islands. However, to provide a fair comparison and to remain in line with our other studies, these have been omitted from our values.