Unlocator Netflix Proxy Error? Unlocator is not working with Netflix, try this Alternative 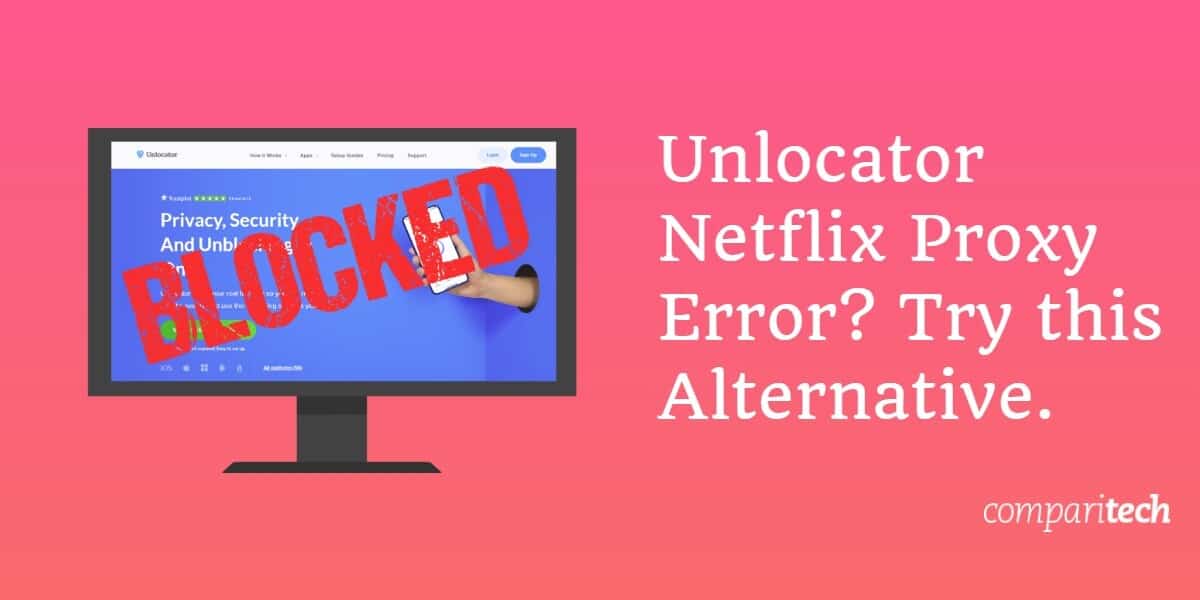 The Unlocator Netflix ban doesn’t necessarily spell the end of times for Netflix users traveling abroad, however. Multiple smart DNS and VPN providers are still in business, though we strongly recommend the latter over the former. The reason is that DNS servers are very easy for Netflix to blacklist, while VPNs can take more sophisticated actions to resolve the proxy error.

Our top VPN recommendation for watching Netflix is ExpressVPN as it has consistently worked during our testing. After registration and setup, just ping the live customer support chat on ExpressVPN’s website and ask which servers currently work with Netflix. Not all the servers are Netflix-compatible, but ExpressVPN reliably has at least a couple up and running.

You can read our full list of VPN and DNS providers that work with Netflix here.

BEST VPN ALTERNATIVE FOR UNLOCATOR:ExpressVPN is our #1 choice. A blazing fast and reliable choice which works with all major streaming services including Netflix, Hulu, and Amazon Prime. Great security and privacy features and keeps no logs. Try it risk-free with the 30-day money back guarantee.

If you use the Netflix app on a game console, mobile device, or set-top box (e.g. Roku, Apple TV) as opposed to watching Netflix in an internet browser, then you may need to set up the VPN on your wifi router. The Netflix app will force your device to use the DNS servers from your ISP, whereas the browser version will not. By doing so, Netflix can filter out users whose DNS location doesn’t match their IP address location.

Most wifi routers either use DD-WRT or Tomato firmware. ExpressVPN has instructions for setting up OpenVPN on DD-WRT routers here and Tomato routers here, along with a few other configurations.

Don’t let the Unlocator Netflix proxy error keep you from watching your favorite shows. Hop on a reliable VPN now!